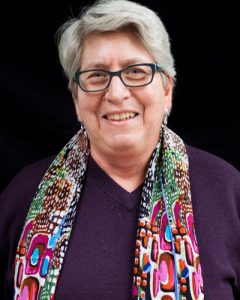 UC Santa Cruz has launched a new online course open to the public through the Coursera platform.

Titled “Feminism and Social Justice” it is an adaptation of a popular course taught on campus for nearly a decade by Distinguished Professor of Feminist Studies Bettina Aptheker.

The condensed, four-lecture course critically examines three significant post World War II movements for social justice in the United States from feminist perspectives–considering how participants in these movements thought about race, gender, and class; how they organized; and what progressive changes may have resulted from their efforts.

“I begin by explaining what social justice is, how feminism may be defined, and how experiences of gender, race, class, and sexuality affect everyone, regardless of their particular identity, because these are embedded in our social and political structures of inequality,” said Aptheker.

“Then in the next class, I talk about a strike in 1951 by Mexican American zinc miners in New Mexico that is enshrined in the classic film, Salt of the Earth, and how women and men finally worked together to win the strike.”

“In the third lecture, I discuss the Free Angela Davis movement (1969-1972) and how it became a huge international effort involving literally hundreds of thousands of people, led in the first place by Black people in the United States,” she added. “And the final lecture is on the #ME Too Movement, discussing rape, sexual harassment, and political power.”

Aptheker taught for four decades at UC Santa Cruz until she retired in 2018. A scholar of history with a national reputation for her talents as an instructor, she also taught one of the country’s largest and most influential introductory feminist studies courses for nearly three decades at the campus.

She is also the author of a number of books, including The Morning Breaks: The Trial of Angela Davis, and Intimate Politics: How I Grew Up Red, Fought for Free Speech and Became a Feminist Rebel.

Apthker noted that it was her intention to teach the new online course in a way that was accessible to all, and said she used storytelling as a main way for illustrating the interconnection between gender, race, class, and sexuality.

“I wanted to make it enjoyable and also a little suspenseful, so folks would know that struggles can be demanding, but that we can also win them,” she said.

“In these very trying and challenging times when I feel our constitutional democracy is in deep jeopardy, I felt that it might be useful for people to see how social movements for justice and feminist principles can be organized and how community and loving kindness can be created as people come together,” Aptheker added.

For more information or to sign up for the new online course, visit the Coursera web site.