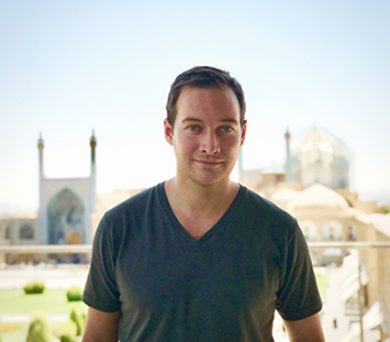 UC Santa Cruz has received two grants from the National Endowment for the Humanities (NEH) to support faculty research and writing leading to book projects.

The campus awards are part of $32.8 million in grants for 213 projects nationwide that the NEH has funded this year.

Associate history professor Benjamin Breen earned a faculty grant for his project “Experimental Drugs, Cold War Science, and the Future that Never Arrived, 1945–1965,” a book on scientific and social scientific experimentation with mind or body-altering drugs during the postwar era.

Breen’s book argues that the decades following World War II were marked by two major technological revolutions: the birth of the atomic era, and the rise of a new science of drugs called psychopharmacology. During this time period, some of the world’s most prominent researchers and writers became convinced that a variety of new experimental drugs—developed in tandem with new communication technologies and interest in indigenous knowledge—were the key to reshaping a post-war society that stood on the edge of catastrophe.

In contrast to traditional drugs like penicillin, the new experimental drugs such as mescaline, LSD, synthetic hormones and sedatives were thought to go far beyond just treating disease and instead held the promise of ultimately transforming gender, curing schizophrenia, healing trauma, and possibly even preventing nuclear war. Breen’s book will be a history of this relatively unknown era of experimental drug research, the utopian visions that drove it, the reasons that it failed, and the lessons it can teach us today.

Breen is also the author of The Age of Intoxication (University of Pennsylvania Press, 2019) which explores how drug users and sellers in the British and Portuguese empires helped to shape imperialism, global trade, and scientific practice in the 17th and 18th centuries. His research focuses on the history of globalization, science, drugs, and the long-term impacts of technological change. 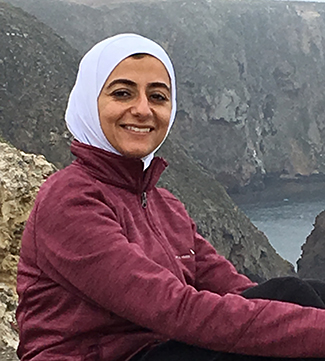 Assistant politics professor Yasmeen Daifallah received a fellowship grant for her project “Thinking Past Islam and the West: Theorizing Politics in Contemporary Arab Thought,” a book about the political views of three prominent contemporary Arab philosophers and historians.

The book reveals the existence of a sophisticated Arab intellectual landscape on the eve of the recent 2011 Arab uprisings by examining how three Arab political thinkers theorized political change between the 1980s and the 2000s. It focuses on Moroccan historian Abdullah Laroui, Egyptian philosopher Hassan Hanafi, and the late Moroccan philosopher Mohamed ‘Abed Al-Jabri.

Although their works have considerably influenced Arab intellectual debates on the achievement of political and cultural freedom in postcolonial times, little of it has been translated into English, despite their broad circulation and readership. As a result, this book is designed to be the first English-language systematic analysis of their political ideas.

Daifallah notes that such analysis is significant on its own terms, but it also represents a much-needed contribution to the study of contemporary Arab and Islamic political thought more generally, adding that despite the importance of this field of knowledge to our understanding of political ideas in a post-Arab Spring and post-ISIS world, there are few sustained examinations of Arab political thought in particular, and only a handful of broad-brush surveys of contemporary Arab and Muslim thinkers.

The National Endowment for the Humanities (NEH) is an independent federal agency created in 1965. One of the largest funders of humanities programs in the United States, it supports research and learning in history, literature, philosophy, and other areas of the humanities by funding selected, peer-reviewed proposals from around the nation.