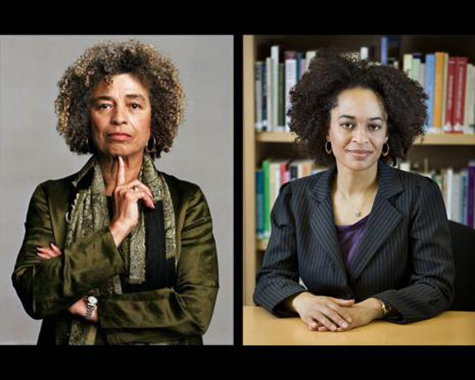 The UC Santa Cruz Institute of the Arts and Sciences (IAS) has joined forces with associate feminist studies professor Gina Dent to offer a year-long online series—featuring artists, activists, scholars, and lawyers who are united by their commitment to the struggle for prison abolition.

Running from October 20, 2020 to May 19, 2021, Visualizing Abolition is designed to examine the ways people see and understand issues of mass incarceration, detention, and policing in the United States and abroad, challenging the prevailing social, economic, and political worldviews that prisons promote.

The series kicks off on October 20 when UC Santa Cruz distinguished professor emerita Angela Davis will be featured in a conversation with Dent to discuss critical issues in the arts, visual culture, and abolition. 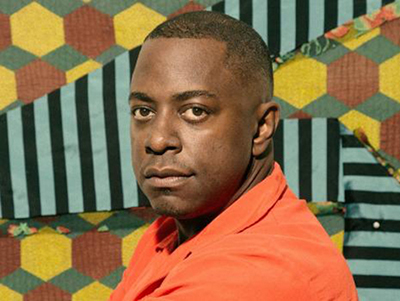 Recently inducted into The National Women’s Hall of Fame, Davis spent 15 years as a faculty member at UC Santa Cruz until her retirement in 2008. She is the author of 10 books and has lectured throughout the United States, as well as in Europe, Africa, Asia, Australia, and South America, focusing on the range of social problems associated with incarceration and the generalized criminalization of those communities that are most affected by poverty and racial discrimination.

Her books include Abolition Democracy, Are Prisons Obsolete?, a new edition of Narrative of the Life of Frederick Douglass; and a collection of essays entitled The Meaning of Freedom.

The series continues on October 27 with Bryan Stevenson, an acclaimed U.S. civil rights lawyer who has dedicated his life to the pursuit of racial equality and challenging the historical legacy of institutional racism in the United States.

Stevenson recently received a 2020 Right Livelihood Award—widely known as the “Alternative Nobel Prize”—for his efforts to reform the criminal justice system and advance racial reconciliation in the United States.

He has argued and won multiple cases at the U.S. Supreme Court, including a 2019 ruling protecting condemned prisoners who suffer from dementia and a landmark 2012 ruling that banned mandatory life-without-parole sentences for all children 17 or younger. He has also won reversals, relief or release from prison for 140 wrongly condemned prisoners on death row and for hundreds of others wrongly convicted or unfairly sentenced. 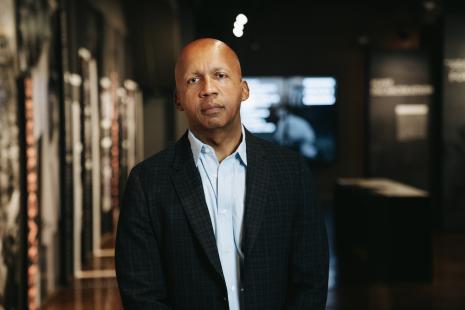 Stevenson is the author of the award winning New York Times bestseller, Just Mercy, which was recently adapted as a major motion picture. He has also led the creation of two highly acclaimed cultural sites which opened in 2018, The Legacy Museum and The National Memorial for Peace and Justice. These new national landmark institutions document the legacy of slavery, lynching, and racial segregation, and the connection to mass incarceration and contemporary issues of racial bias.

Other events in the series will include a poetry reading and conversation with award-winning American poet, memoirist, and educator Reginald Dwayne Betts, who uses poetry and literature to speak to the failures of the current criminal justice system and to create ideas for change; a talk and limited online film screening with UCSC distinguished professor of the arts Isaac Julien about his 10-screen film installation on Frederic Douglass, Lessons of the Hour; and a conversation with Harlem-based artist Sanford Biggers, who will be joined by visual culture theorist Leigh Raiford for a conversation about art, violence, and possibility. 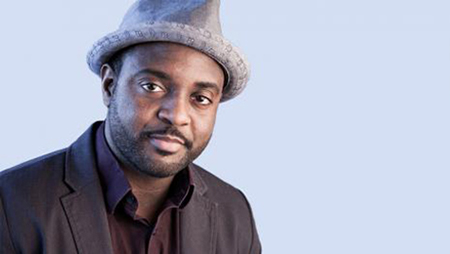 All of the events in the Visualizing Abolition series will take place from 4-5:30 p.m. (PST) unless otherwise noted, and registration is required. They are being presented in conjunction with Barring Freedom, a bi-coastal exhibition of art on view at San José Museum of Art from October 30, 2020, through March 21, 2021, and featuring Solitary Garden, a public art project, at UC Santa Cruz.

For more information, the full series lineup, and registration links for individual events, visit UCSC’s Institute of the Arts and Sciences web site.