By Scott Rappaport for UCSC News

UC Santa Cruz will present Against Orthodoxies: Working with Hayden White—a two-day conference in honor of the influential late historian, on November 1-2 at the Merrill Cultural Center.

Innovative scholars from a wide range of disciplines will participate in an effort to channel the vital, open-ended, iconoclastic spirit of White, professor emeritus in UCSC’s History of Consciousness Department, who died last year in his Santa Cruz home at the age of 89.

White was trained as a medieval historian, but the majority of his work focused on modern European intellectual history, literary criticism, philosophy, and historiography–the study of historical writing. 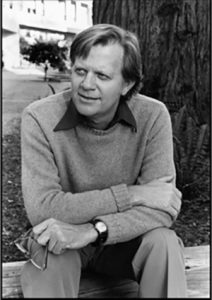 He first gained notice in 1966 with an essay, “The Burden of History,” laying the foundation for his later work, which re-imagined history as a creative, as well as scientific history. His landmark book published in 1973, Metahistory: The Historical Imagination in Nineteenth-Century Europe, initiated a major re-orientation in the field of historiography and has been translated into more than 10 languages.

“Hayden White was a towering figure bridging intellectual history and cultural theory,” said UC Santa Cruz dean of humanities, Tyler Stovall. “His Metahistory remains one of the most important studies of historiography in the modern era. His focus on narrative and the relationship between history and literature exercised a seminal influence on the rise of cultural history to its dominant position in historical studies today.”

Stovall added that White also “played a central role in shaping the History of Consciousness Department into a one-of-a-kind program that pioneered theoretical and cultural studies, and helped stamp UC Santa Cruz as a university that marched to a different drummer.”

“After Hayden’s death, many at UCSC felt there needed to be some visible recognition of his importance as a scholar and, especially as an inspiration to younger intellectuals doing work in a wide range of fields,” said Clifford.

“He was an intellectual powerhouse, inspiring and challenging students and faculty alike,” Clifford added. “On his arrival in Santa Cruz, his magnum opus, Metahistory, was already making waves. And during his time here, he published a series of influential essay collections on the practice and rhetoric of historical interpretation. World-famous, he was always present and down-to-earth.”

But Clifford said that the conference will not be a retrospective evaluation or summing up of White’s work. 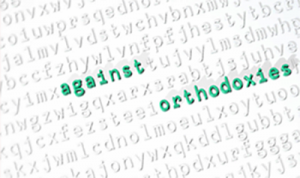 “Unlike many academic conferences, shaped around a series of ‘topics’ imposed by the organizers, we decided simply to invite brilliant intellectuals who knew Hayden and have been influenced by him–asking them to offer something new that is based, at least in part, on his ideas. Of course, Hayden White will be part of their discourse, but not the primary focus or the end point. So the conference hopes to be a place of emergence, of surprises. We’ll see what happens. The only things out of bounds are reverence and literal-mindedness. These were anathema to the Hayden I knew.”

Roth observed that White’s work essentially defined the range of topics discussed in the theory of history for the last 50 years.

“Although theory of history is not much studied in the United States, in pretty much any continent or country one can name outside the U.S. it is a core part of the history curriculum,” said Roth. “I have spoken at conferences ranging from Stockholm to Shanghai, and Hayden White’s work is known and closely studied. In places as diverse as China, Argentina, and Poland, one can find whole university centers devoted to the study of White’s work.”

“The reason, I suggest, is that outside the U.S. people must face more directly the consequences of how history gets told, since it underwrites what claims there may be to national identity and unity. In any case, Hayden’s work has had a profound impact on the topic of historiography worldwide, and there is no reason to think that this impact will diminish with his passing. The conference here is dedicated to pushing his thought in new directions and not just rehashing familiar themes. We hope people will find it of interest.”

The Humanities Institute cosponsors Against Orthodoxies on November 1-2 at UC Santa Cruz. Registration for the conference is requested. A full schedule and list of participants can be found here.