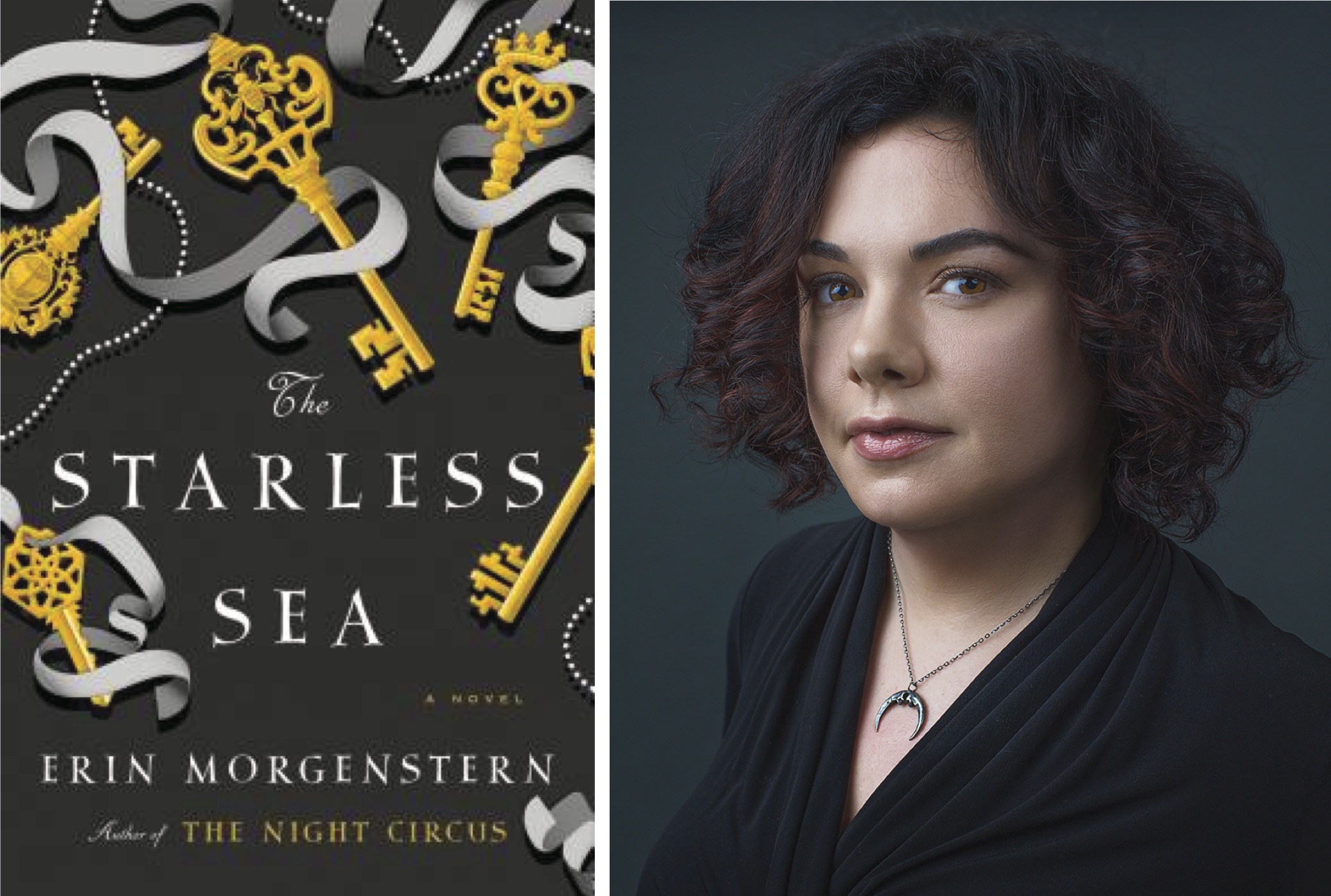 A Literary Masquerade with Erin Morgenstern

From Erin Morgenstern, the New York Times bestselling author of The Night Circus, a timeless love story set in a secret underground world—a place of pirates, painters, lovers, liars, and ships that sail upon a starless sea.

Join us on Tuesday, November 12th at 6:00 for a literary masquerade, where you and all who attend are invited to disguise yourself as your favorite literary character or figure to enter the world of The Starless Sea. Dancing and activities plucked from Erin Morgenstern’s magical world will precede a 7:00 talk with Erin Morgenstern, followed by a book signing. Erin Morgenstern will be in conversation with Michael Chemers, Professor of Dramatic Literature in the Department of Theater Arts at UC Santa Cruz. This event will take place at DNA’s Comedy Lab (155 S River St., Santa Cruz, CA). Themed refreshments, including beer and wine, will be available to purchase from DNA’s Comedy Lab.

Tickets to this enchanting evening are $37, and include one copy of The Starless Sea, an unassigned seat for Erin Morgenstern’s talk, a number for the signing line, and access to all event activities. Literary costumes encouraged.

ERIN MORGENSTERN is the author of The Night Circus, a number-one national best seller that has been sold around the world and translated into thirty-seven languages. She has a degree in theater from Smith College and lives in Massachusetts.

“Morgenstern’s new fantasy epic is a puzzlebox of a book, full of meta-narratives and small folkloric tales that will delight readers… Morgenstern uses poetic, honey-like prose to tell a story that plays with the very concept of what we expect and want from our stories… She trusts her readers to follow along and speculate, wonder and make leaps themselves as she dives into tales of pirates, book burnings, and men lost in time, giving the book a mythic quality that will stick with readers long after they put it down.”
⁠—Booklist (starred)

“This love letter to bibliophiles is dreamlike and uncanny, grounded in deeply felt emotion, and absolutely thrilling.”
⁠—Publishers Weekly (starred)