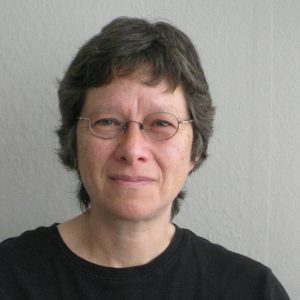 Written by Anna Tsing, Isabelle Carbonell, Joelle Chevrier and Yen-ling Tsai (Associate Professor of Anthropology at National Chaio Tung University Taiwan), Golden Snail Opera combines video and performance-oriented text into a genre-bending o-pei-la. This piece is a multispecies enactment of experimental natural history considering the “golden treasure snail,” imported to Taiwan in 1979, which is now major pest of rice agriculture. Whereas farmers in the Green Revolution’s legacy use poison to exterminate snails, a new generation of “friendly farmers” attempts to insert farming as one among many multispecies life ways within the paddy.

Anna Tsing is Professor of Anthropology at UC Santa Cruz and Co-Director of Aarhus University Research on the Anthropocene (AURA).

Isabelle Carbonell is a PhD student in Film and Digital Media at UC Santa Cruz and a documentary filmmaker.

The Center for Cultural Studies will continue to host a Wednesday colloquium series, which features current cultural studies work by campus faculty and visitors. The sessions are informal, normally consisting of a 30-40 minute presentation followed by discussion. We gather at noon, with presentations beginning at 12:15. Participants are encouraged to bring their own lunches; the Center will provide coffee, tea, and cookies.