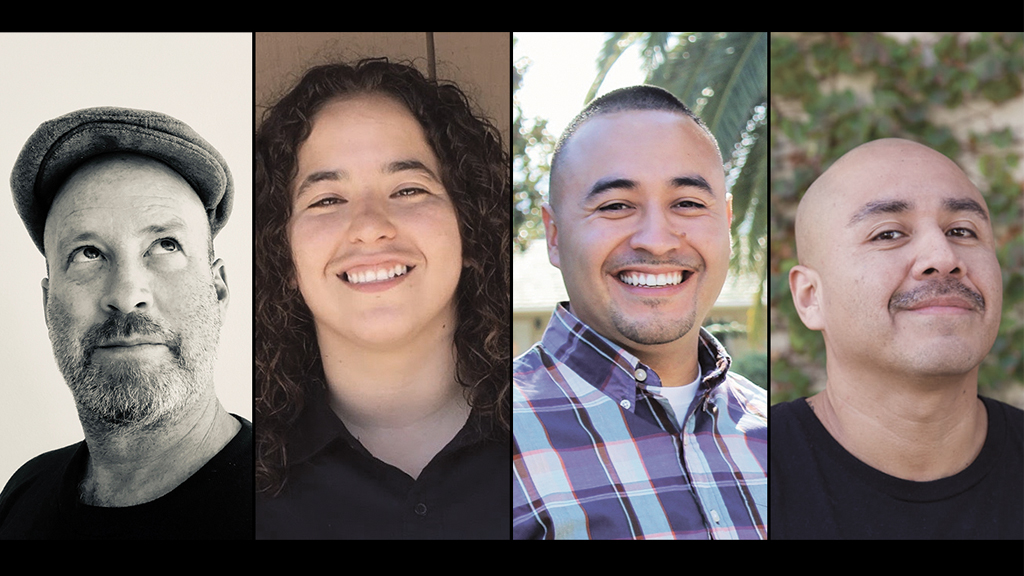 Art, Abolition, and the University: Ashley Hunt and the Underground Scholars

Visualizing Abolition presents artist Ashley Hunt in conversation with MJ Hart, Joshua Solis, Alberto Lule, Ryan Flaco Rising, and Rodrigo Vazquez of the Underground Scholars Initiative. The Underground Scholars Initiative supports formerly incarcerated students at UC Santa Cruz and system impacted students in the transition experience and beyond. For Art, Abolition, and the University, Hunt and the Underground Scholars will talk about their collaboration of a broadsheet for the Barring Freedom exhibition, available here. They will also discuss the roles of the university in struggles for abolition and what they call the prison to school pipeline.

Underground Scholars is a statewide initiative that supports formerly incarcerated and system impacted students in the transition experience and beyond. With a focus on recruitment, retention, advocacy and policy. We aim to bridge the popular academic theoretical discourse of mass incarceration with one that is grounded in the lived experiences of UCSC students and students from surrounding communities. Together we are building the prison to school pipeline.

Ashley Hunt uses images, objects, maps, writing and performance to engage social ideas and actions. He approaches art and activism as complimentary spheres of practice — drawing upon the ideas and aesthetics of social movements, cultural theory and art alike. Hunt has exhibited work in galleries internationally and correctional institutions, such as the 2012 Made in L.A. Biennial of the Hammer Museum, the Tate Modern in London and the Putnamville Correctional Institution in Indiana.

Missy “MJ” Hart is an artist, abolitionist, and gang member turned activist after surviving the horrors of the criminal injustice system. MJ is a Workshop Facilitator and Creator of “Rozes Among Thorns” with the org The Beat Within. MJ is helping to establish the Underground Scholars Initiative at UCSC while completing their BA in Psychology with a minor in History of Consciousness. MJ strives to put their knowledge into action organizing with grassroots movements in their hometown and beyond.

Joshua Solis is a first generation formerly incarcerated alumnus from UCSC. After spending over 11 years incarcerated he is now a leader and advocate for formerly incarcerated and system impacted students in California. He earned a BA in Sociology at UCSC, and is currently pursuing his Masters. Joshua is now the Program Coordinator for the Underground Scholars Initiative at UC Santa Cruz. Through comprehensive collaboration, program coordination, and outreach his efforts serve to continue the prison to school pipeline.

Alberto Lule became an artist while serving a thirteen year prison sentence. Art made the prison walls disappear, allowing Alberto to overcome both a physical and mental prison. Using mixed media installation, Lule critiques mass incarceration and particularly the California prison system. Alberto connects the similarities between institutions, from institutions of higher learning to correctional institutions, to expose and learn from a scientific and sociological perspective, but even more thoroughly through art and activism.

Ryan Flaco Rising has experienced drug addiction, gang banging, physical and mental abuse, incarceration as a juvenile, seven years in prison, and brutal prison riots which almost cost their life. While in prison, education became an outlet to address past trauma and writing helped Ryan grow a passion for learning. Through the Underground Scholars Initiative Ryan developed leadership skills and is engaged in finding solutions to end mass incarceration through collective first-hand experiences while thriving at UC Santa Barbara.

Visualizing Abolition is a series of online events organized by Professor Gina Dent, Feminist Studies and Dr. Rachel Nelson, Director, Institute of the Arts and Sciences. The events feature artists, activists, and scholars united by their commitment to the vital struggle for prison abolition. The events accompany Barring Freedom, an exhibition of contemporary art on view at San José Museum of Art October 30, 2020-April 25, 2021 and Solitary Garden, a public art project about mass incarceration and solitary confinement is on view at UC Santa Cruz.