Surrogate Humanity: Race, Robots, and the Politics of Technological Futures

In Surrogate Humanity, Neda Atanasoski and Kalindi Vora trace the ways in which robots, artificial intelligence, and other technologies serve as surrogates for human workers within a labor system entrenched in racial capitalism and patriarchy. Analyzing myriad technologies, from sex robots and military drones to sharing economy platforms, Atanasoski and Vora show how liberal structures of antiblackness, settler colonialism, and patriarchy are fundamental to human-machine interactions as well as the very definition of the human. While these new technologies and engineering projects promise a revolutionary new future, they replicate and reinforce racialized and gendered ideas about devalued work, exploitation, dispossession, and capitalist accumulation. Yet, even as engineers design robots to be more perfect versions of the human—more rational killers, more efficient workers, and tireless companions—the potential exists to develop alternative modes of engineering and technological development in ways that refuse the racial and colonial logics that maintain social hierarchies and inequality. 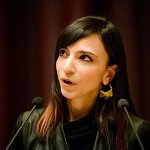 Neda Atanasoski is Professor of Feminist Studies and Critical Race and Ethnic Studies at the University of California, Santa Cruz, and author of Humanitarian Violence: The U.S. Deployment of Diversity. 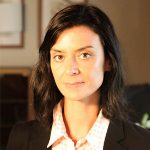 Kalindi Vora is Associate Professor of Gender, Sexuality, and Women’s Studies at the University of California, Davis, and author of Life Support: Biocapital and the New History of Outsourced Labor.

Hosted by the Science & Justice Research Center. Co-Sponsored by Critical Race and Ethnic Studies and The Humanities Institute.