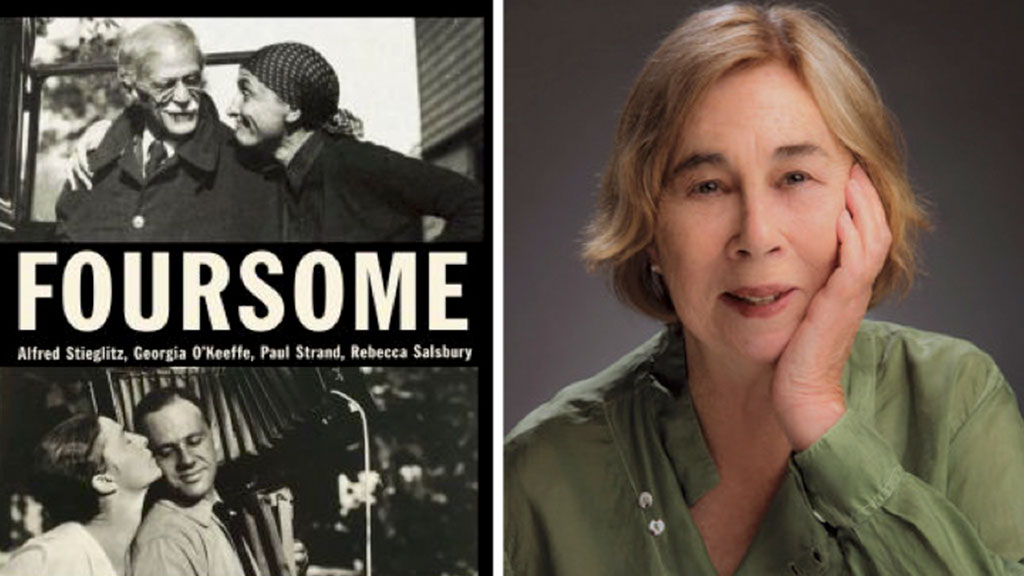 THI joins Bookshop Santa Cruz to welcome author Carolyn Burke for a discussion and signing of her new book, Foursome, a captivating, spirited account of the intense relationship among four artists whose strong personalities, passionate feelings, and aesthetic ideals drew them together, pulled them apart, and profoundly influenced the very shape of twentieth-century art. This event is cosponsored by The Humanities Institute UC Santa Cruz.

New York, 1921: Alfred Stieglitz, the most influential figure in early twentieth-century photography, celebrates the success of his latest exhibition—the centerpiece, a series of nude portraits of the young Georgia O’Keeffe, soon to be his wife. It is a turning point for O’Keeffe, poised to make her entrance into the art scene—and for Rebecca Salsbury, the fiancée of Stieglitz’s protégé at the time, Paul Strand. When Strand introduces Salsbury to Stieglitz and O’Keeffe, it is the first moment of a bond between the two couples that will last more than a decade and reverberate throughout their lives. In the years that followed, O’Keeffe and Stieglitz became the preeminent couple in American modern art, spurring each other’s creativity. Observing their relationship led Salsbury to encourage new artistic possibilities for Strand and to rethink her own potential as an artist. In fact, it was Salsbury, the least known of the four, who was the main thread that wove the two couples’ lives together. Carolyn Burke mines the correspondence of the foursome to reveal how each inspired, provoked, and unsettled the others while pursuing seminal modes of artistic innovation. The result is a surprising, illuminating portrait of four extraordinary figures.

“The lives of a quartet of some of the most influential painters and photographers of the early 20th century are chronicled in this intimate and exhaustively researched group biography. [Foursome] offers detailed insight into one of the most important periods in American art.” —Publishers Weekly

CAROLYN BURKE is the author of No Regrets: The Life of Edith Piaf, Lee Miller: A Life (finalist for the NBCC), and Becoming Modern: The Life of Mina Loy. Born in Sydney, Australia, she now lives in Santa Cruz, California.

This free event will take place at Bookshop Santa Cruz. Chairs for open seating are usually set up about an hour before the event begins. If you have any ADA accommodation requests, please email info@bookshopsantacruz.com by March 11th.