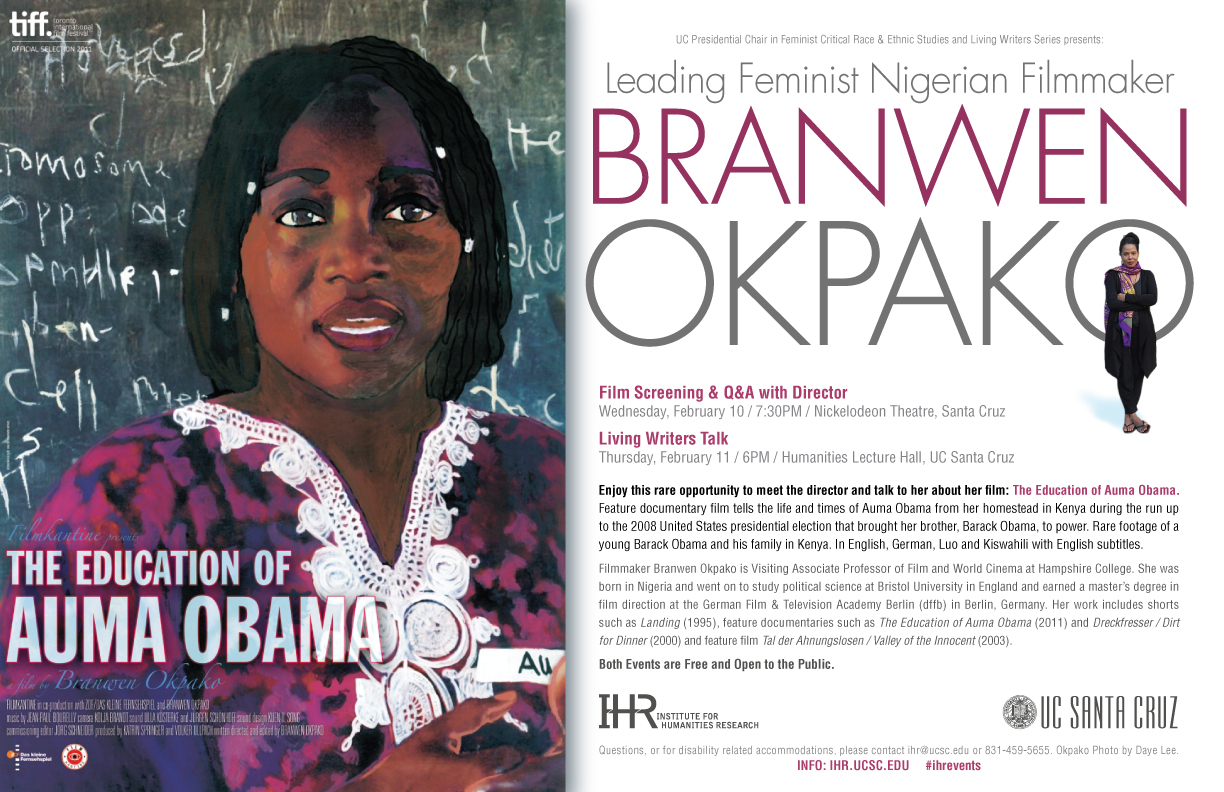 Both events are Free and open to the public

Branwen Okpako was born in Lagos/Nigeria. She studied political sciences at Bristol University, England, followed by studies in filmmaking at the German Film & Television Academy, Berlin. Her films include the shorts Probe ( 1992), Frida Film (1993), Vorspiel (1994), Landing (1995), Market Forces (1996), Searching for Taid (1997) and Love Love Liebe (1998), The 3 screen installation, Sehe ice was, was du nicht siehst? (Do I see something you don’t?, 2002), for which she received the D-motion special prize for the city of Halle, Germany. For the feature documentary Dirt for Dinner(Dreckfresser) (2000), she won the Bavarian documentary film prize The Young Lion, the German Next-Generation-First-Steps Award for Best Documentary Film and First Prize at the Dubrovnik Documentary Film Festival in 2001. The fiction feature Valley of the Innocent (Tal der Ahnungslosen, 2004) had its world premiere at the Toronto International Film festival in 2003 and went on to compete in the feature film competition at FESPACO 2005.

For her film The Education of Auma Obama Okpako received the 2012 African Movie Academy Award for Best Diaspora Documentary, the Festival Founders Award for Best Documentary at the Pan African Film Festival in Los Angeles (both in 2012), and the Viewers Choice Award at the Africa International Film Festival (2011). Her most recent project, The Curse of Medea (Fluch der Medea), a docu-drama about the life of the late German writer Christa Wolf, was screened at the Berlin International Film Festival in 2014. 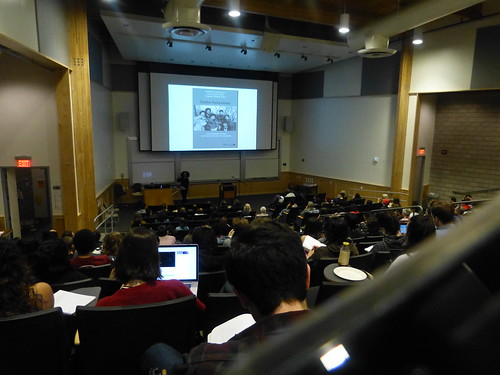