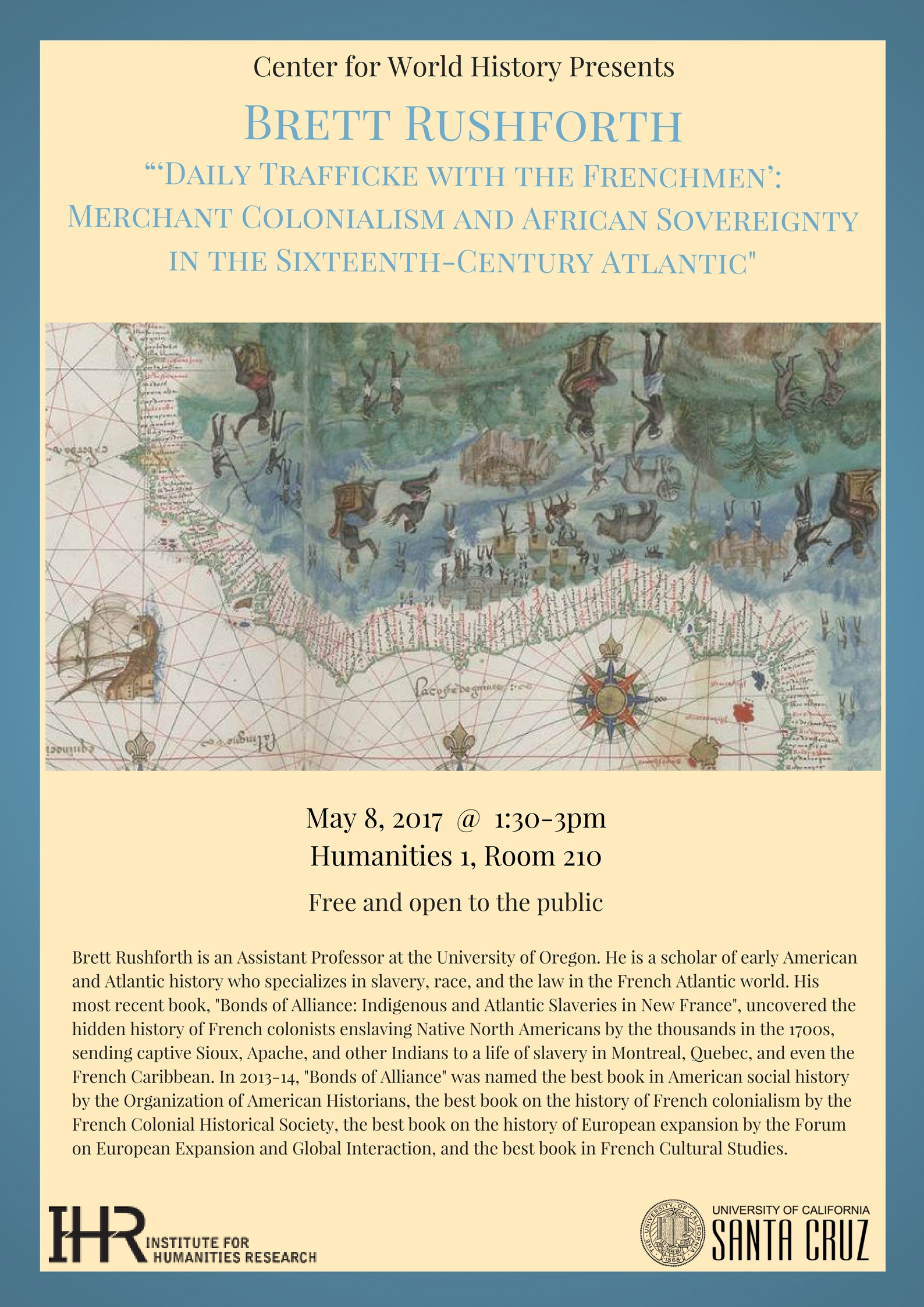 Brett Rushforth: “‘Daily Trafficke with the Frenchmen’: Merchant Colonialism and African Sovereignty in the Sixteenth-Century Atlantic”

Brett Rushforth
“‘Daily Trafficke with the Frenchmen’: Merchant Colonialism and African Sovereignty in the Sixteenth-Century Atlantic”

Brett Rushforth is an Assistant Professor at the University of Oregon. He is a scholar of early American
and Atlantic history who specializes in slavery, race, and the law in the French Atlantic world. His
most recent book, “Bonds of Alliance: Indigenous and Atlantic Slaveries in New France”, uncovered the
hidden history of French colonists enslaving Native North Americans by the thousands in the 1700s,
sending captive Sioux, Apache, and other Indians to a life of slavery in Montreal, Quebec, and even the
French Caribbean. In 2013-14, “Bonds of Alliance” was named the best book in American social history
by the Organization of American Historians, the best book on the history of French colonialism by the
French Colonial Historical Society, the best book on the history of European expansion by the Forum
on European Expansion and Global Interaction, and the best book in French Cultural Studies.