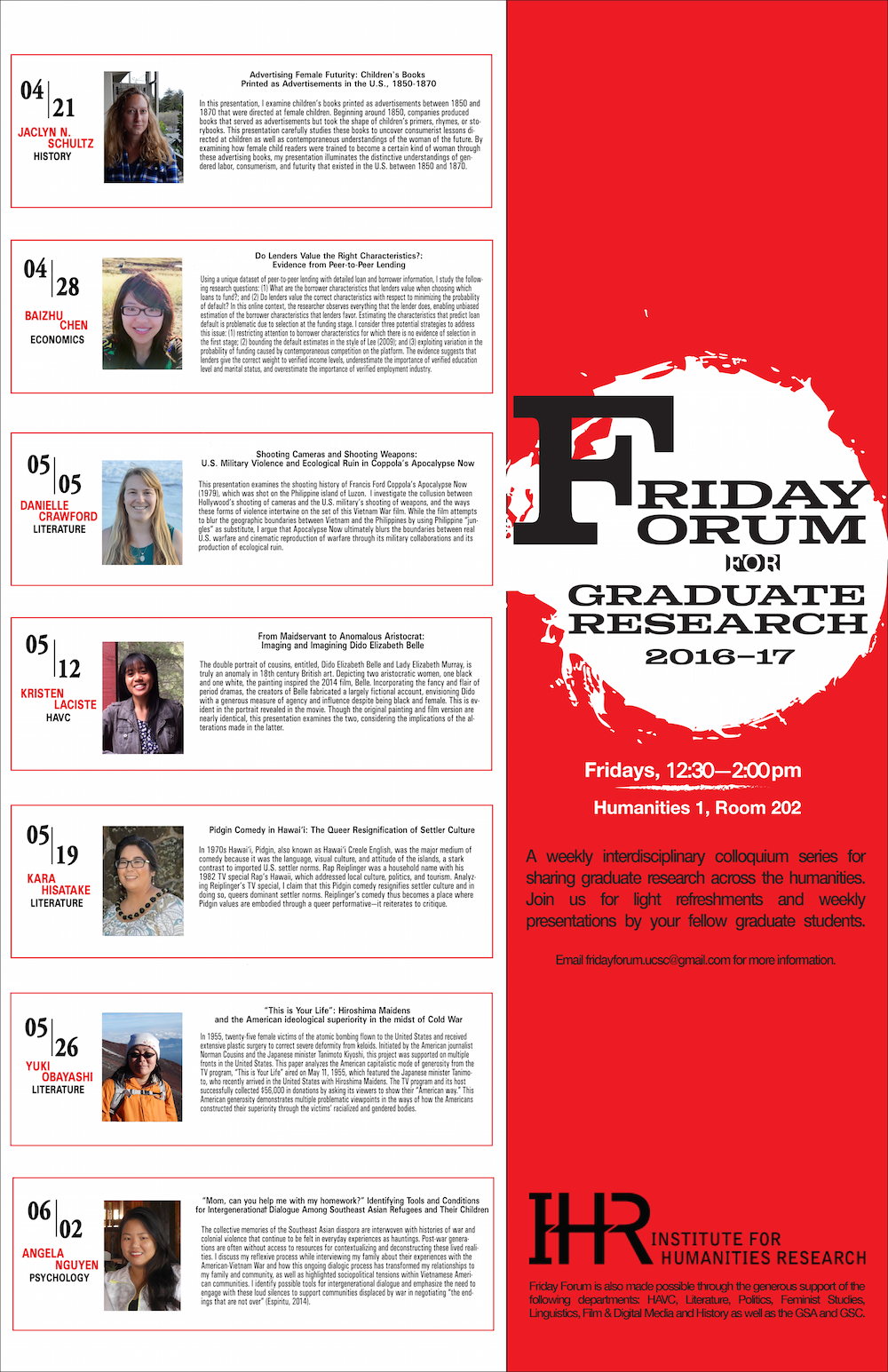 This presentation examines the shooting history of Francis Ford Coppola’s Apocalypse Now (1979), which was shot on the Philippine island of Luzon. I investigate the collision between Hollywood’s shooting of cameras and the U.S. military’s shooting of weapons, and the ways these forms of violence intertwine on the set of this Vietnam War film. While the film attempts to blur the geographic boundaries between Vietnam and the Philippines by using Philippine “jungles” as substitute, I argue that Apocalypse Now ultimately blurs the boundaries between real U.S. warfare and the cinematic reproduction of warfare through its military collaborations and its production of ecological ruin.