Bryan K. Roby (University of Michigan) will speak in HIS 74B on his book titled The Mizrahi Era of Rebellion: Israel’s Forgotten Civil Rights Struggle 1948-1966 (Syracuse University Press, 2015) and about his ongoing research regarding Blackness and Mizrahi history in Israel. This talk explores the works of poet activists, artists, and slam poets of Yemenite and Ethiopian Jewish Israelis who identify with Global Blackness in order to examine what constitutes Blackness for Jews in Israel as well as how Blackness acts as a tool of empowerment for marginalized communities. How do we understand Blackness in Israel, not as a color, but a social construct built around inequality and fixed notions that racialized symbols of identity correlate to social mobility? How do Black feminism and queer of color critiques translate in a Hebrew/Israeli context? 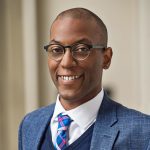 Bryan K. Roby is an Assistant Professor of Judaic and Middle Eastern Studies at the University of Michigan – Ann Arbor. His expertise is on 20th century Israeli and North African Jewish history. His research and teaching interests include Jewish racial constructs; policing and civil rights globally; and 19th and 20th century North African history. He has written on social justice protests in Israel and is currently working on a second book, Israel through a Colored Lens: Racial Constructs in the Israeli Jewish Imagination, that explores the shifting boundaries of racial constructs in Israel/Palestine as well as African-American intellectual contributions to Israeli sociology and theories on race and ethnicity.