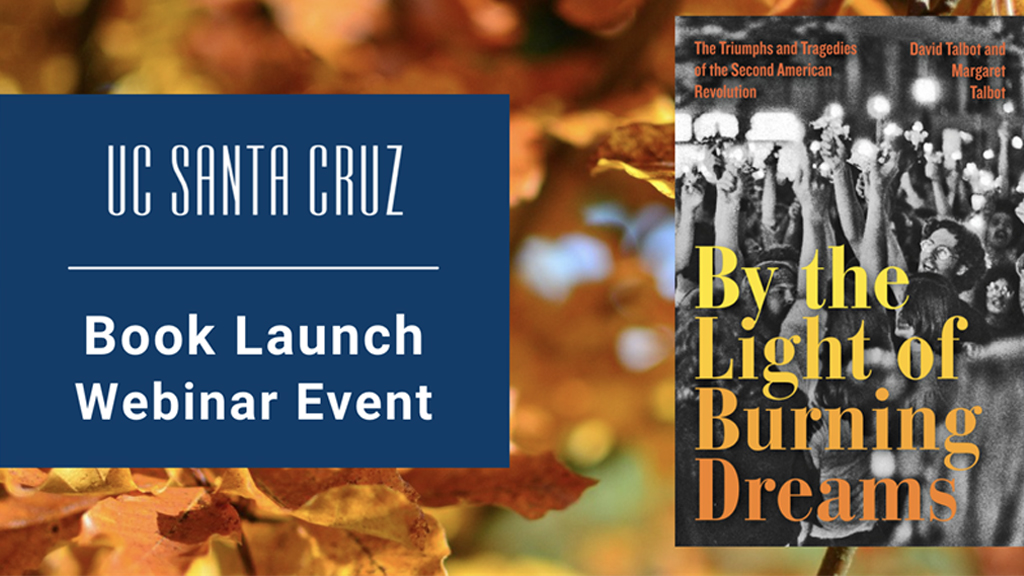 “By the Light of Burning Dreams: The Triumphs and Tragedies of the Second American Revolution” with David Talbot and Margaret Talbot

Salon.com founder and former editor-in-chief David Talbot and his sister Margaret, a longtime staff writer at the New Yorker, together explore the potential landscape of the 1960s and 1970s. Based on exclusive interviews, original documents, and archival research, By the Light of Burning Dreams explores critical moments in the lives of a diverse cast of iconoclastic leaders of the 20th-century radical movement.

Join us for our conversation moderated by Nikki Silva as she explores with Margaret and David Talbot and our panelists Madonna Thunder Hawk, Heather Booth, and Bill Zimmerman, the epiphanies that galvanized these modern revolutionaries and created unexpected connections and alliances between individual movements and across race, class, and gender divides.