Legal age standards for sexual maturity are challenging enough to devise at the state or national level, but they are especially contentious at the intergovernmental level. Efforts at setting common standards have often been marked by imperial logics on the part of those proposing common standards and misgivings on the part of those most affected. My talk traces how intergovernmental efforts at setting common age standards for sexual consent and marriage occasioned elaborate posturing and coding of racial difference. In the two cases I discuss —League of Nations conventions on trafficking in the 1920s and United Nations conventions on marriage in the 1950s— I show how the proceedings staged contests between competing imperialisms and foregrounded moral differences between parts of the world. In effect, seemingly neutral age categories became a means to express geopolitical hierarchies and undercut formal liberal relationships of equivalence. 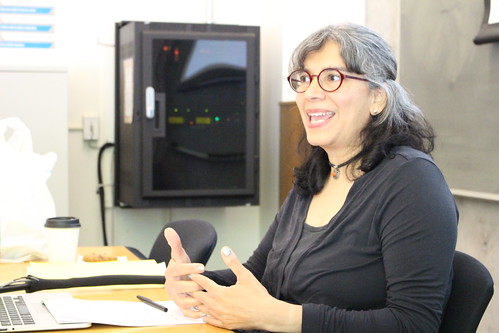 Ashwini Tambe studies how societies regulate sexual practices. Ashwini Tambe is Associate Professor of Women’s Studies at the University of Maryland-College Park and affiliate faculty in the History department and Asian American Studies program. She is also the editorial director of Feminist Studies, the oldest US journal of feminist interdisciplinary scholarship. Her interests include transnational feminist theory, modern South Asian history, and sexuality studies. Her previous books are Codes of Misconduct:Regulating Prostitution in Late Colonial Bombay (2009, Minneapolis: University of Minnesota Press/New Delhi: Zubaan) and The Limits of Colonial Control in South Asia: Spaces of Disorder in the Indian Ocean (2008, London: Routledge) coedited with Harald Fischer-Tiné. Her recent articles have spanned topics such as population and age of marriage (Women’s Studies International Forum 2014), climatology in scientific racism (Theory, Culture and Society, 2011), interdisciplinary approaches to feminist state theory (Comparative Studies of South Asia, Africa and the Middle East, 2010), economic liberalization and sexual liberalism in contemporary India (Economic and Political Weekly, 2010), and the long record of transnational approaches in feminist scholarship (New Global Studies, 2010). Her current work, supported by SSHRC and NEH grants, examines the legal paradoxes in age standards for sexual consent in India; her forthcoming book on the subject is Defining Girlhood in India: A Transnational History of Sexual Maturity Laws (2019, University of Illinois Press). She is also co-editing a volume on the history and future of transnational feminist theory with Millie Thayer titled Transnational Feminist Itineraries.