The subject of this lecture comes from the recent experience of the Occupy movement against financial capitalism. It investigates the political and conceptual limits of these movements, and their inability to put an end to the financial aggression. Focusing on the main actors of the Occupy process – the precarious cognitive workers, embodying the Marx’s concept of “general intellect” – the lecture will seek to grasp the possibilities that this social force has brought about.

Franco “Bifo” Berardi is an Italian political theorist and activist. He is the founder of the legendary magazine A/traverso (1975-1981) and was part of the staff of Radio Alice, the first free radio station in Italy (1976-1978). Involved in the political movement of Autonomia in Italy during the 1970s, he fled to Paris where he worked with Felix Guattari in the field of schizoanalysis. During the 1980s he contributed to the magazines Semiotext(e) (New York), Chimerees (Paris), Metropoli (Rome) and Musica 80 (Milan). In the 1990′s he published Mutazione e Ciberpunk (Genoa, 1993), Cibernauti (Rome, 1994) and was the co-founder of the e-zine rekombinant.org. In the last decade he has published, among others: The Uprising: On Poetry and Finance (Semiotext(e), 2012), Félix (Palgrave McMillan, 2008) and The Soul at Work (Semiotext(e), 2010). His forthcoming book And – Phenomenology of the End will be published by n-1 Publications at the end of 2014.

This talk is part of the series “What Is to Be Done? Organizational Forms and Political Futures,” organized by the Crisis in the Cultures of Capitalism Research Cluster and the Institute for Humanities Research, with the co-sponsorship of the Literature, Sociology, Anthropology, and Politics Departments; Stevenson, Cowell, and Porter Colleges; and the Vice Chancellor for Research. 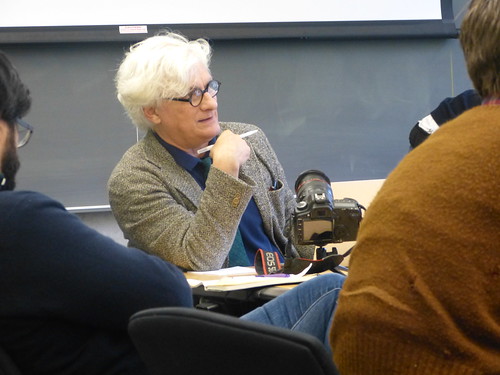