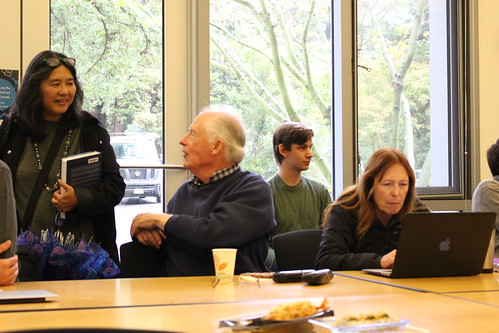 Dr. Limbrick’s forthcoming book on Moumen Smihi connects the Moroccan filmmaker’s modernism to the Nahda or “Arab Renaissance” of the 19th-20th century, which re-energized Arab culture in dialogue with other languages and discourses. Offering new ways to think about world cinema and modernism in the region, Limbrick argues that Smihi’s radically beautiful films take up the Nahda’s challenge for a new age.

Peter Limbrick is Associate Professor of Film and Digital Media. He is the author of Making Settler Cinemas: Film and Colonial Encounters in the United States, Australia, and New Zealand (Palgrave 2010) and has published on transnational cinema and postcolonial culture in Cinema Journal, Camera Obscura, Third Text, Framework, Visual Anthropology and other journals. He has received fellowships from National Endowment for the Humanities and the UC President’s Research program and is currently finishing a book about Moroccan filmmaker Moumen Smihi, a key figure in the “new Arab cinema” that emerged in the late 1960s across North Africa and the Middle East. In 2013, he curated a major retrospective of Smihi’s work that has screened at the Pacific Film Archive in Berkeley, Block Cinema, in Chicago, and Tate Modern, in London.