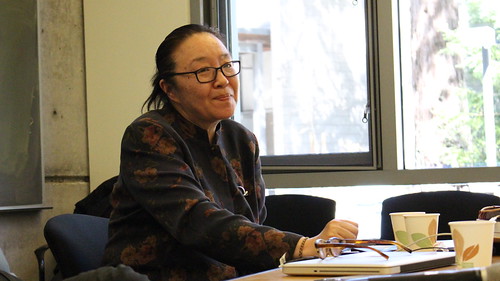 Dai Jinhua’s lecture will address the place of post-colonial theory in the twenty-first century. This question is highly relevant to China, as it recalls the history of China’s involvement in the non-aligned movement, and subsequent efforts after the break with the Soviet Union to form third-world solidarities. But Dai calls into question whether the insights of postcolonialism are relevant for the transformations that have taken place in China in the last thirty years, as part of what she calls our current era of “the post-post-Cold War.” Historically the postcolonial binary of colonization/de-colonization blurred the coordinates of the Cold War, including most importantly China’s position as a “third” option within the non-aligned third world. Since the end of the Cold War, what can post-colonial theory tell us about the current dominance of finance capital and capital monopoly of new technologies that has reconstructed the entire third world to serve as production zones of cheap goods or fields of monoculture? To what extent is China implicated in these transformations? How can post-colonial theory address the enormous debt imposed on the global South by former colonial powers? Analysis of the cultural in post-colonial theory depended on the political-economic structure of the Cold War. How do we analyze the cultural in today’s world? And how can political critique and resistance become effective once again in China as well as around the world?

Dai Jinhua is an internationally well-known feminist Marxist critic. She is a Professor in the Institute of Comparative Literatureand Culture and director of the Center for Film and Cultural Studies, Peking University. Her research interests include popular culture, film studies, and gender studies.