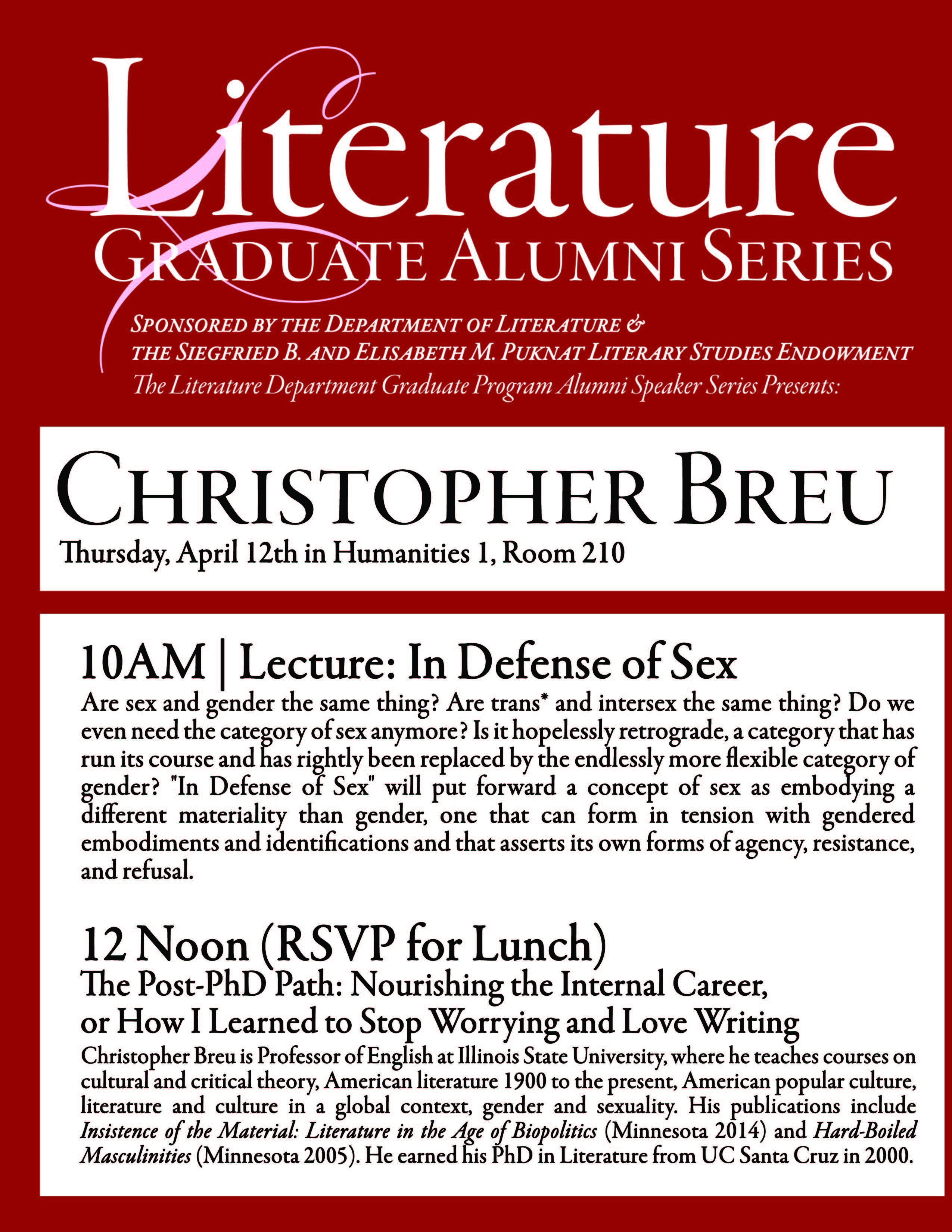 Christopher Breu: “In Defense of Sex”

Christopher Breu: “In Defense of Sex”
Lecture at 10am

Are sex and gender the same thing? Are trans* and intersex the same thing? Do we even need the category of sex anymore? Is it hopelessly retrograde, a category that has run its course and has rightly been replaced by the endlessly more flexible category of gender? “In Defense of Sex” will put forward a concept of sex as embodying a different materiality than gender, one that can form in tension with gendered embodiments and identifications and that asserts its own forms of agency, resistance, and refusal. It will do so by drawing on intersex theory, gender theory, trans* theory, and a range of different materialist theories. A robust and nonreductive account of gender, sexuality, identification, and subjectivity needs to retheorize sex. This talk will begin the work of retheorizing sex for the present.

Christopher Breu is Professor of English at Illinois State University, where he teaches courses on cultural and critical theory, American literature 1900 to the present, American popular culture, literature and culture in a global context, gender and sexuality. His publications include Insistence of the Material: Literature in the Age of Biopolitics (Minnesota 2014) and Hard-Boiled Masculinities (Minnesota 2005). He earned his PhD in Literature from UC Santa Cruz in 2000.

Sponsored by the Department of Literature, Siegfried and Elisabeth Mignon Puknat Endowment.