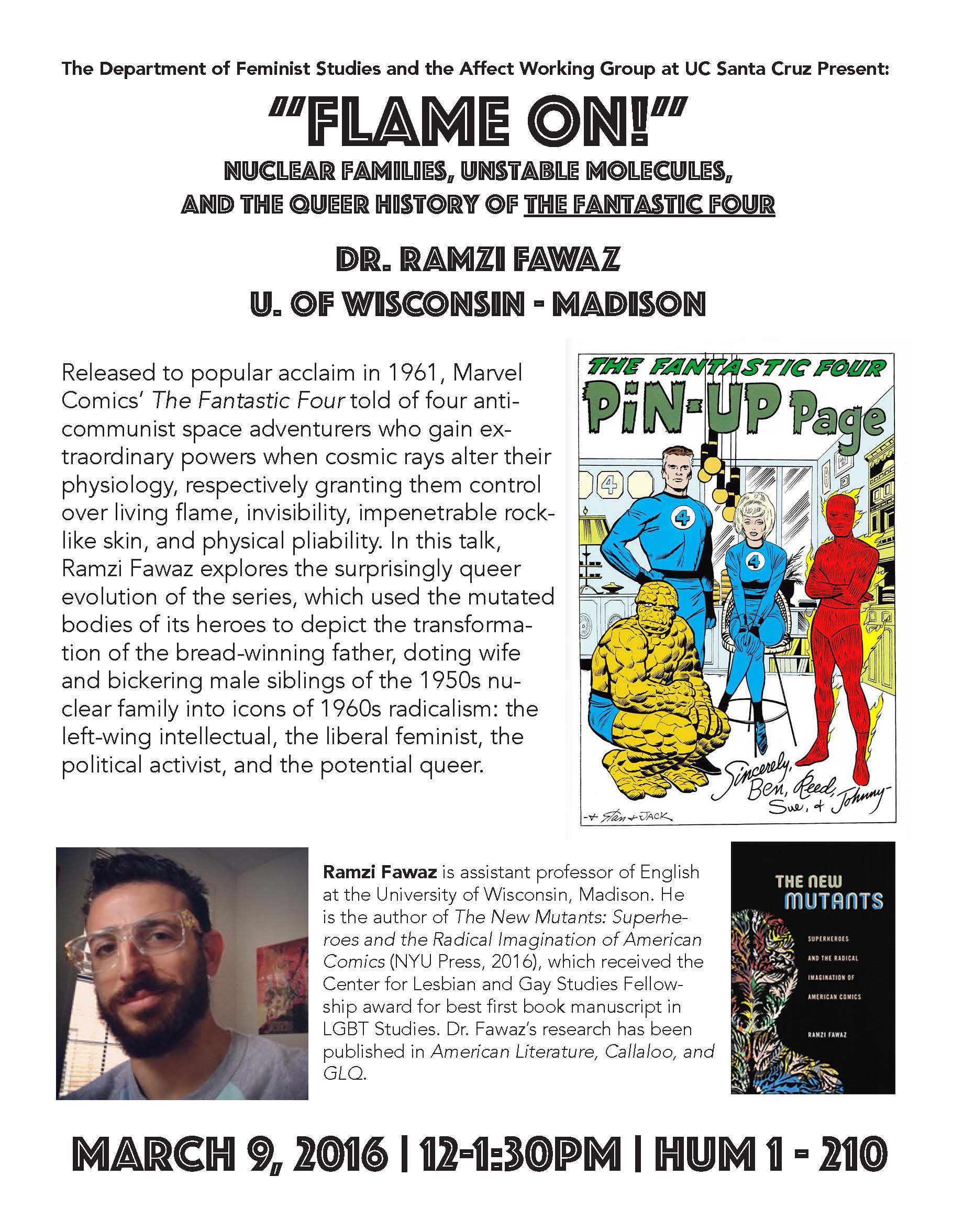 The Department of Feminist Studies and the Affect Working Group at UC Santa Cruz Present:

“Flame On!”: Nuclear Families, Unstable Molecules, and the Queer History of The Fantastic Four

Released to popular acclaim in 1961, Marvel Comics’ The Fantastic Four told of four anticommunist space adventurers who gain extraordinary powers when cosmic rays alter their physiology, respectively granting them control over living flame, invisibility, impenetrable rock-like skin, and physical pliability. In this talk, Ramzi Fawaz explores the surprisingly queer evolution of the series, which used the mutated bodies of its heroes to depict the transformation of the bread-winning father, doting wife and bickering male siblings of the 1950s nuclear family into icons of 1960s radicalism: the left-wing intellectual, the liberal feminist, the political activist, and the potential queer.

About the Author: Ramzi Fawaz is assistant professor of English at the University of Wisconsin, Madison. He is the author of The New Mutants: Superheroes and the Radical Imagination of American Comics (NYU Press, 2016), which received the Center for Lesbian and Gay Studies Fellowship award for best first book manuscript in LGBT Studies. Dr. Fawaz’s research has been published in American Literature, Callaloo, and GLQ.