American nationalist discourse casts sanctuary as “illegal”, but actually the practice always bears a relation to the law: sanctuary cities, universities, and churches call law to account. Sanctuary has a long legal history. In the Middle Ages, felons could avoid death by running to the church, and kings bolstered their sacral power by protecting them. At the same time, those who seek sanctuary exerted an influence upon their kings “from below,” calling upon them to live up to the role of merciful monarch. Examining medieval chronicles of a fallen justiciar and an infamous breach of sanctuary, this talk will offer a provocation to contemporary ideas about both kingship itself and  sanctuary as a ‘weak’ form of social protest.

“A Constellation of Moments: Walter Benjamin on the Middle Ages, Sanctuary, and the Current Emergency” – James R Martel 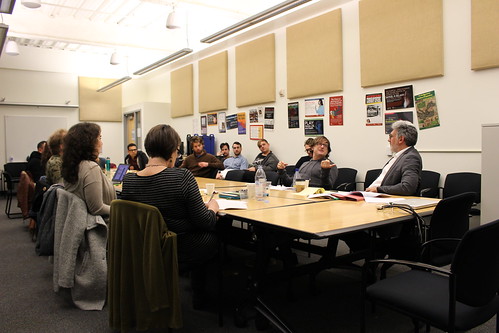 Co-Sponsored by the History of Consciousness Department