This talk examines four axioms of existence that have emerged and expanded in recent years across a large segment of critical theory; the stakes of understanding the historical conditions of these axioms; and their power to provide a foundation for remolding political concepts in the wake of geontopower. From one perspective the emergence of these axioms can be correlated to the current catastrophe of climatic and environmental collapse and industrial toxicity. This talks ask what sorts of catastrophes are foregrounded or occluded depending on how one understands the order and sources of these axioms and if one understands them as a coming catastrophe (l’catastrophe à venir) or as an ancestral one (l’catastrophe ancestral/histoire)? 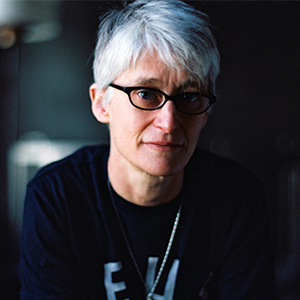 Elizabeth A. Povinelli is an anthropologist and filmmaker. She is Franz Boas Professor of Anthropology at Columbia University, New York; Corresponding Fellow of the Australian Academy for the Humanities; and one of the founding members of the Karrabing Film Collective. Povinelli’s writing has focused on developing a critical theory of late liberalism that would support an anthropology of the otherwise. This potential theory has unfolded primarily from within a sustained relationship with Indigenous colleagues in north Australia and across five books, numerous essays, and six films with the Karrabing Film Collective. Geontologies: A Requiem to Late Liberalism was the 2017 recipient of the Lionel Trilling Book Award. Karrabing films were awarded the 2015 Visible Award and the 2015 Cinema Nova Award Best Short Fiction Film, Melbourne International Film Festival and have shown internationally including in the Berlinale, Sydney Biennale; MIFF, the Tate Modern, documenta-14, the Contour Biennale; MoMA-PS and numerous others.