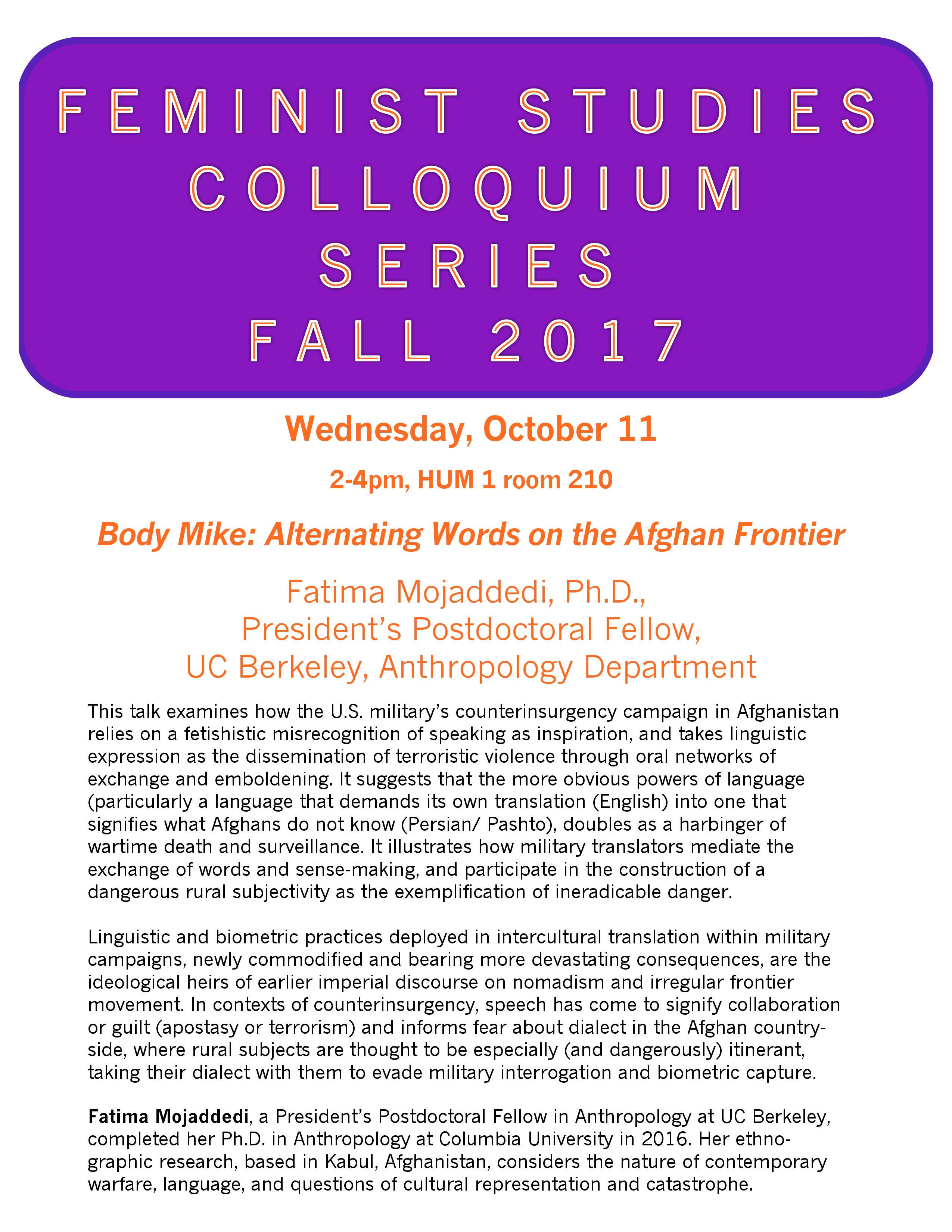 This talk examines how the U.S. military’s counterinsurgency campaign in Afghanistan relies on a fetishistic misrecognition of speaking as inspiration, and takes linguistic expression as the dissemination of terroristic violence through oral networks of exchange and emboldening. It suggests that the more obvious powers of language (particularly a language that demands its own translation (English) into one that signifies what Afghans do not know (Persian/ Pashto), doubles as a harbinger of wartime death and surveillance.  It illustrates how military translators mediate the exchange of words and sense-making, and participate in the construction of a dangerous rural subjectivity as the exemplification of ineradicable danger.

Linguistic and biometric practices deployed in intercultural translation within military campaigns, while newly commodified and bearing much greater and more devastating consequences, are also the ideological heirs of an earlier imperial discourse on nomadism and irregular frontier movement in the subcontinent. This now transpires in contexts of counterinsurgency, and speech has come to signify collaboration or guilt (apostasy or terrorism). It informs the contemporary fear about the status of dialect in the Afghan countryside, where rural subjects are thought to be especially (and dangerously) itinerant, taking their dialect with them in order to evade military interrogation and biometric capture.

Fatima Mojaddedi, a President’s Postdoctoral Fellow in the Anthropology Department at UCBerkeley, completed her Ph.D. in Anthropology at Columbia University in 2016. Her ethnographic research, based in Kabul, Afghanistan, considers the nature of contemporary warfare, language, and questions of cultural representation and catastrophe.