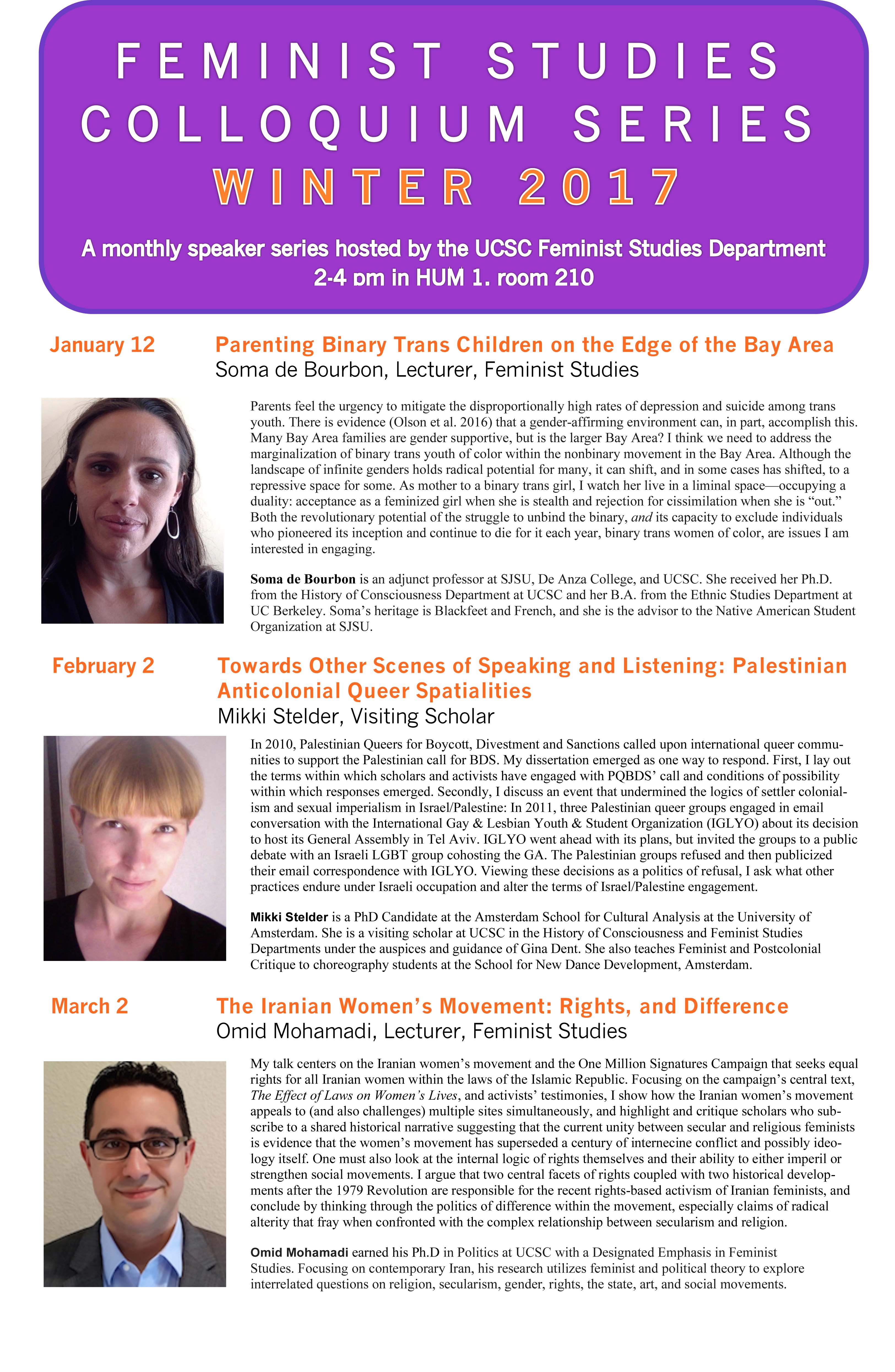 Parents feel urgency to mitigate the disproportionally high rates of depression and suicide among trans youth. There is evidence (Olson at al. 2016)that a gender-affirming environment can, in part, accomplish this. Many Bay Area families are gender supportive, but is the larger Bay Area? I think we need to address the marginalization of binary trans youth of color within the non-binary movement in the Bay Area. Although the landscape of infinite gender holds radical potential for many, it can shift, and in some cases has shifted, to a repressive space for some. As mother to a binary trans girl, I watch her live in a liminal space-occupying a duality: acceptance as feminized girl when she is stealth and rejection for cissimilation when she is “out.” Both the revolutionary potential of the struggle to unbind the binary, and its capacity to exclude individuals who pioneered its inception and continue to die for it each year, binary trans women of color, are issues I am interested in engaging.

Soma de Bourbon is an adjunct professor at SJSU, De Anza College, and UCSC. She received her Ph.D. from the History of Consciousness Department at UCSC and her B.A. from the Ethics Studies Department at UC Berkeley. Soma’s heritage is Blackfeet and French, and she is the advisor to the Native American Student Organization at SJSU.