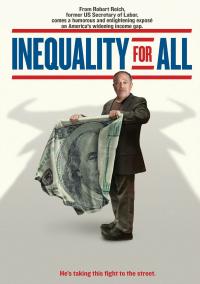 Film Screening: Inequality for All

Robert Reich, Former Secretary of Labor, in the Clinton administration, is the author of more than a dozen books, including Aftershock, The Work of Nations, and Beyond Outrage. He is Chancellor’s Professor of Public Policy at UC Berkeley and a Senior Fellow at the Blum Center for Developing Economics. Reich is also the subject of Inequality for All, an ward-winning documentary film. Inequality for All will be shown at Kresge Town Hall on Thursday, March 31.

The screening comes prior to a local talk by Robert Reich on April 5 at the Rio Theatre.
Saving Capitalism For the Many, Not the Few: A Curated Conversation with Robert Reich