Maurice Samuels: "French Universalism and the Jews: Anti-Antisemitism and the Right to Difference" In conflicts over the veil or the return of antisemitism in France today, minority difference is often seen as a threat not only to public order but to the Republic itself. Long on the defensive, universalism has now staged a comeback in current discourse that seeks to guard against excessive communitarianism or the fantasized demon of American-style multi-culturalism. However, the universal and the particular were not always as opposed as today seems to be the case. In this paper, I look back at the history of the way the universal was theorized in relation to France’s paradigmatic minority—the Jews—from the Revolution through the nineteenth century. My goal is to show that prior to the hardening of positions during the Dreyfus Affair, French universalism was far more welcoming to minority difference than is ordinarily assumed today. Recovering this history, I suggest, might offer ways around France’s current ethnic and religious dilemmas.

Every year we honor Helen Diller, whose generous endowment continues to provide crucial support to Jewish Studies at UC Santa Cruz, by hosting a public lecture series on campus by an internationally recognized scholar.

This event was made possible by generous support from the Helen Diller Family Endowment and the Center for Jewish Studies at UC Santa Cruz. 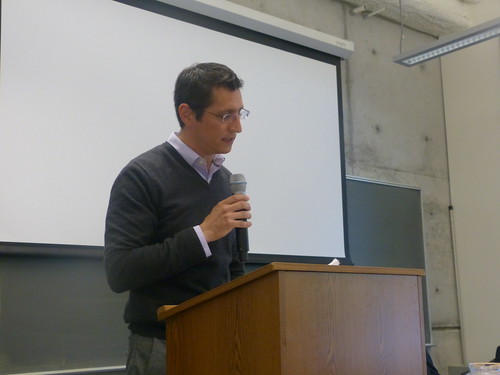