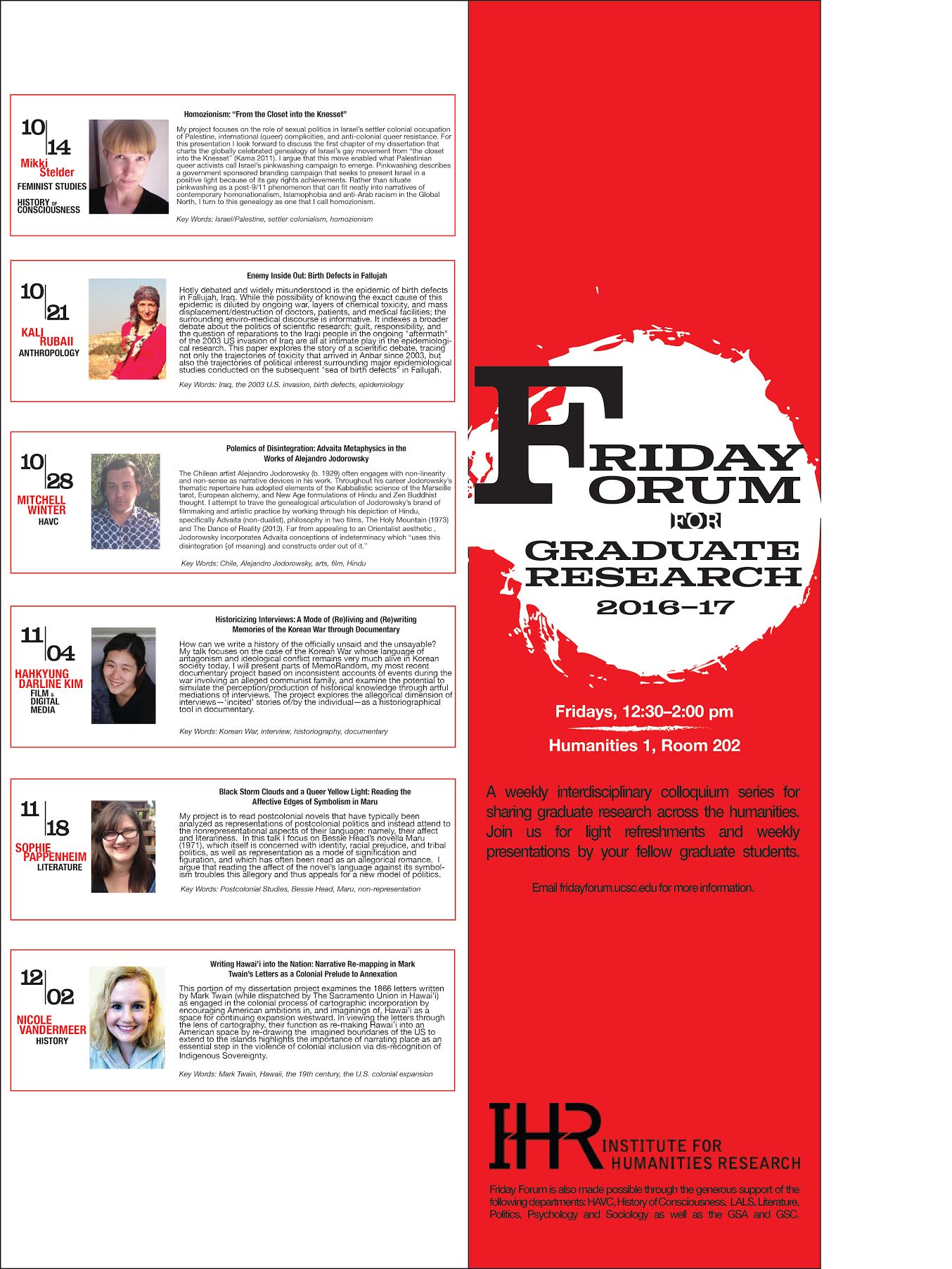 “Black Storm Clouds and a Queer Yellow Light: Reading the Affective Edges of Symbolism in Maru”

My project is to read postcolonial novels that have typically been analyzed as representations of postcolonial politics and instead attend to the nonrepresentational aspects of their language: namely, their affect and literariness. In this talk I focus on Bessie Head’s novella Maru (1971), which itself is concerned with identity, racial prejudice, and tribal politics, as well as representation as mode of signification and figuration, and which has often been read as an allegorical romance. I argue that reading the effect of the novel’s language against its symbolism troubles this allegory and thus appeals for a new mode of politics.