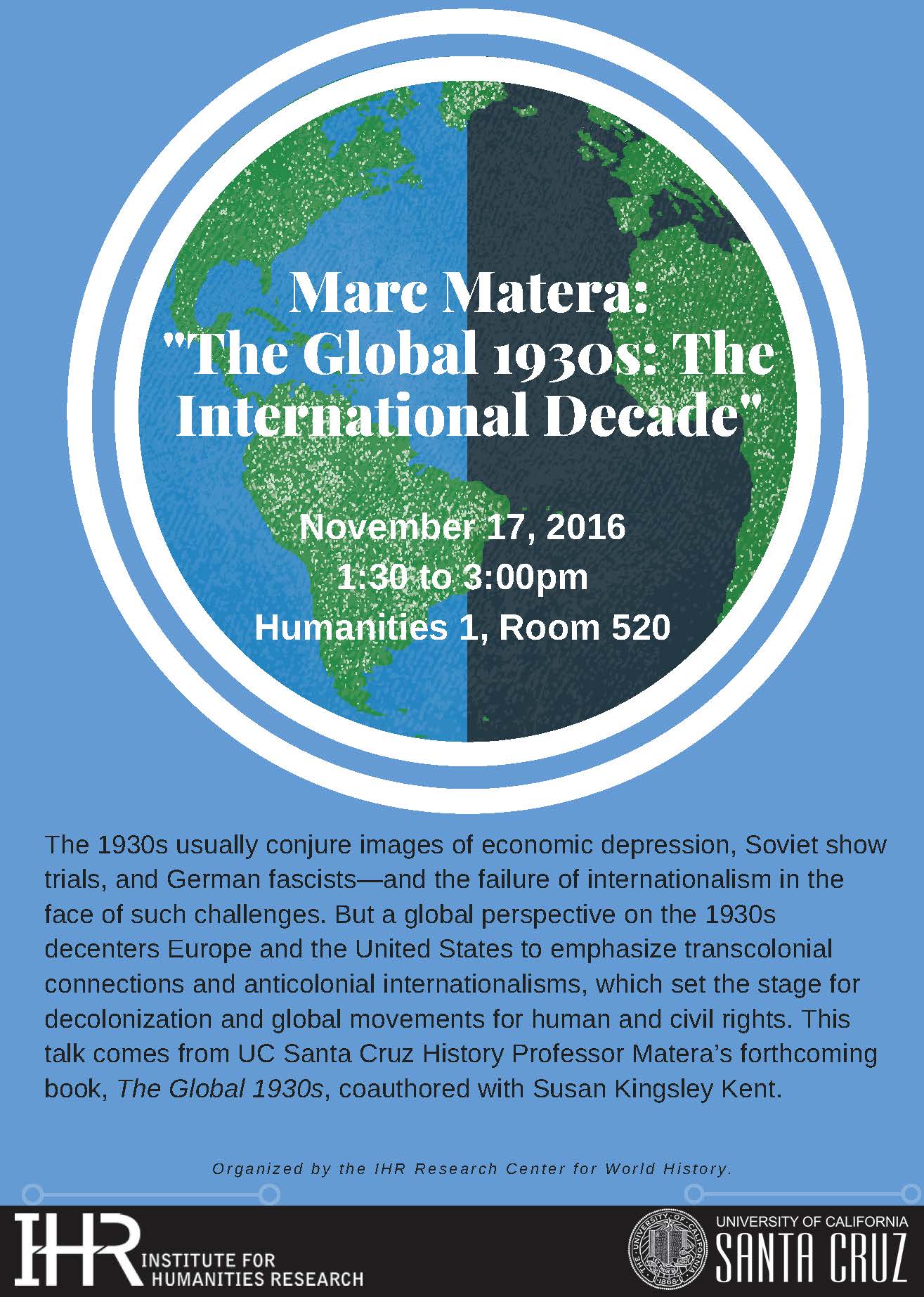 The 1930s usually conjure up images of Soviet show trials, jack-booted, brown-shirted German fascists, and breadlines and the dustbowl in the United States. The decade is also associated with the failure of internationalism in the face of economic depression and militaristic nationalisms. Certainly these form part of the picture, but a Europe- and North American-centered view obscures and distorts the broader global context of which they were an integral part. A global perspective on the 1930s not only decenters Europe and the United States but also reveals that, despite incipient or resurgent expressions of the national principle, internationalist impulses and transnational connections better characterize the dynamics of the period.

This talk comes from the forthcoming book, The Global 1930s, which Professor Matera coauthored with Professor Susan Kingsley Kent. The book treats the 1930s as the international decade, focusing particularly on internationalism—as Western imperialists, socialists and communists, and anticolonial activists/intellectuals conceptualized it—to foregrounds the role that imperialism played in fostering global relations at the same time that it destabilized the European world order. Transcolonial connections and anticolonial internationalisms motivated, kindled, and inspired developments that set the stage for decolonization and movements for international standards for human and civil rights that are usually associated with the decades following the Second World War. Postwar conceptions of development, citizenship, and sovereignty, however attenuated, emerged through and in response to the struggles of colonized and semicolonial populations across the global South and in imperial metropoles during the 1930s.

Organized by the IHR Research Center for World History.