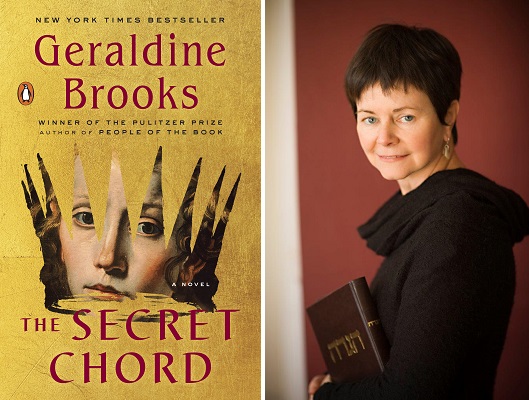 Now out in paperback from Pulitzer Prize winning, bestselling author Geraldine Brooks, The Secret Chord traces the arc of King David’s journey from obscurity to fame, from shepherd to soldier, from hero to traitor, from beloved king to murderous despot and into his remorseful and diminished dotage. The Secret Chord has received critical acclaim; The Chicago Tribune wrote, “Deeply sympathetic. Brooks offers new perspectives on a character whose story has captured the Western imagination for millennial… she breaks from the biblical version by giving voice to the voiceless women in David’s life: wives and lovers, a daughter, a mother—the beloved and the scorned.” The Guardian called it “A compelling read, contemporary in its relevance… powerful storytelling, its landscape and time evoked in lyrical prose.” And NPR raves: “The best historical fiction… Brooks gives the whole king his due… It’s a tall order to breathe life into such a human being, and she manages it admirably.”

Geraldine Brooks is the author of four novels, the Pulitzer Prize winning March and the international bestsellers Caleb’s Crossing, People of the Book, and Year of Wonders. She has also written the acclaimed nonfiction works Nine Parts of Desire and Foreign Correspondence. Born and raised in Australia, she lives on Martha’s Vineyard with her husband, the author Tony Horwitz.