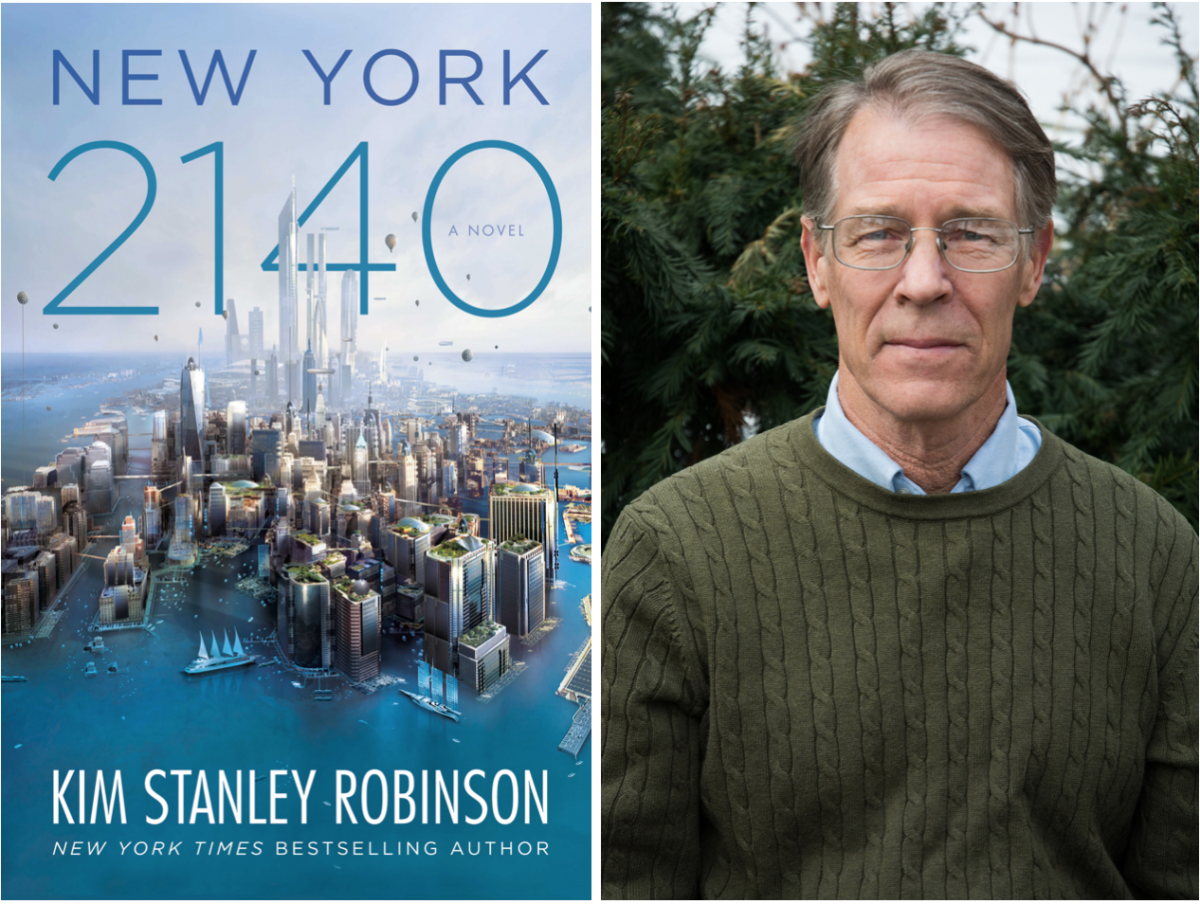 Bookshop Santa Cruz and the Institute for Humanities Research are pleased to welcome New York Times bestselling author Kim Stanley Robinson as he returns for a book talk and signing of his bold and brilliant vision of New York City in the next century: New York 2140.

“In the not-so-distant future, a diverse cast of characters inherit a New York that has been flooded and overwhelmed as a result of the environmental, economic, and social disasters we are facing today. New York 2140 is timely and relevant and more realistic than the sci-fi I typically read. Significantly, it purposes a future in which ethics and moral reasoning are still being undermined by the status quo. I’d recommend reading it with friends!” – Ashley, Bookshop Santa Cruz Staff

Register for the event: http://www.bookshopsantacruz.com/event/kim-stanley-robinson-new-york-2140

As the sea levels rose, every street became a canal. Every skyscraper an island. For the residents of one apartment building in Madison Square, however, New York in the year 2140 is far from a drowned city. There is the market trader, who finds opportunities where others find trouble. There is the detective, whose work will never disappear — along with the lawyers, of course. There is the internet star, beloved by millions for her airship adventures, and the building’s manager, quietly respected for his attention to detail. Then there are two boys who don’t live there, but have no other home– and who are more important to its future than anyone might imagine. Lastly there are the coders, temporary residents on the roof, whose disappearance triggers a sequence of events that threatens the existence of all– and even the long-hidden foundations on which the city rests. New York 2140 is an extraordinary and unforgettable novel, from a writer uniquely qualified to the story of its future.

Kim Stanley Robinson is a winner of the Hugo, Nebula, and Locus awards. He is the author of nineteen previous books, including the bestselling Mars trilogy and the critically acclaimed Forty Signs of Rain, Fifty Degrees Below, Sixty Days and Counting, The Years of Rice and Salt, and Antarctica. In 2008, he was named a “Hero of the Environment” by Time magazine, and he recently joined in the Sequoia Parks Foundation’s Artists in the Back Country program. He lives in Davis, California.
“A thoroughly enjoyable exercise in worldbuilding, written with a cleareyed love for the city’s past, present, and future.” ―Kirkus

“The tale is one of adventure, intrigue, relationships, and market forces…. The individual threads weave together into a complex story well worth the read.” ―Booklist
“Science fiction is threaded everywhere through culture nowadays, and it would take an act of critical myopia to miss the fact that Robinson is one of the world’s finest working novelists, in any genre. New York 2140 is a towering novel about a genuinely grave threat to civilisation.” ―Guardian