The Venice Ghetto serves as the starting point from which we address questions of modern Jewish spaces –a site that has played a central role in Jewish and European culture since the Jews were sequestered in the Ghetto at its founding in 1516. Contemporary globalization brings into focus the relationship between identity and spatial location, and highlights new and cross-cutting transnational allegiances.

Erica Smeltzer, University of California, Santa Cruz: “Metamorphosis and Other Stories: Narrating Life on the Borders of a Divided City.”

Caroline Luce, University of California, Los Angeles: “Reconstructing the Landscape of Yiddish Culture in “Dos Durem-Land Baym Yam (The Southland by the Sea).”

Reception with light food and refreshments held in Humanities 1, Room 202 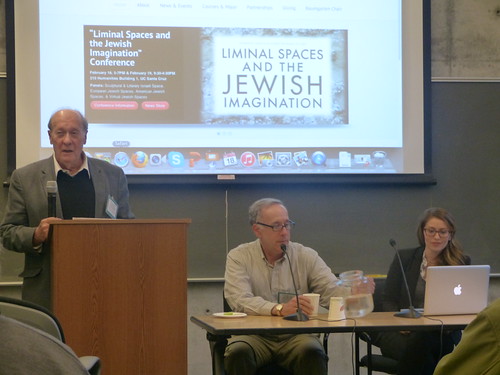