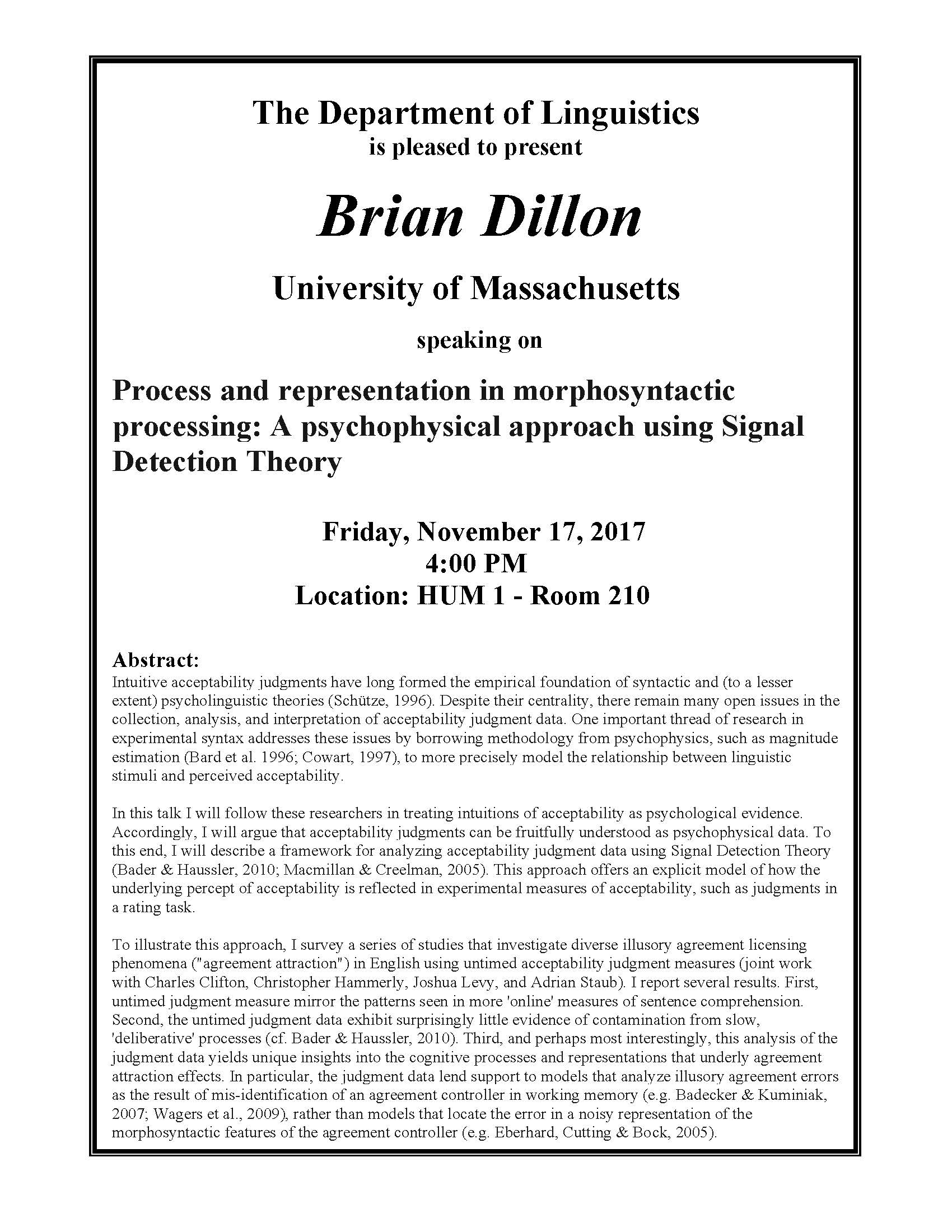 The Department of Linguistics presents:

Abstract:
Intuitive acceptability judgments have long formed the empirical foundation of syntactic and (to a lesser extent) psycholinguistic theories (Schütze, 1996). Despite their centrality, there remain many open issues in the collection, analysis, and interpretation of acceptability judgment data. One important thread of research in experimental syntax addresses these issues by borrowing methodology from psychophysics, such as magnitude estimation (Bard et al. 1996; Cowart, 1997), to more precisely model the relationship between linguistic stimuli and perceived acceptability.