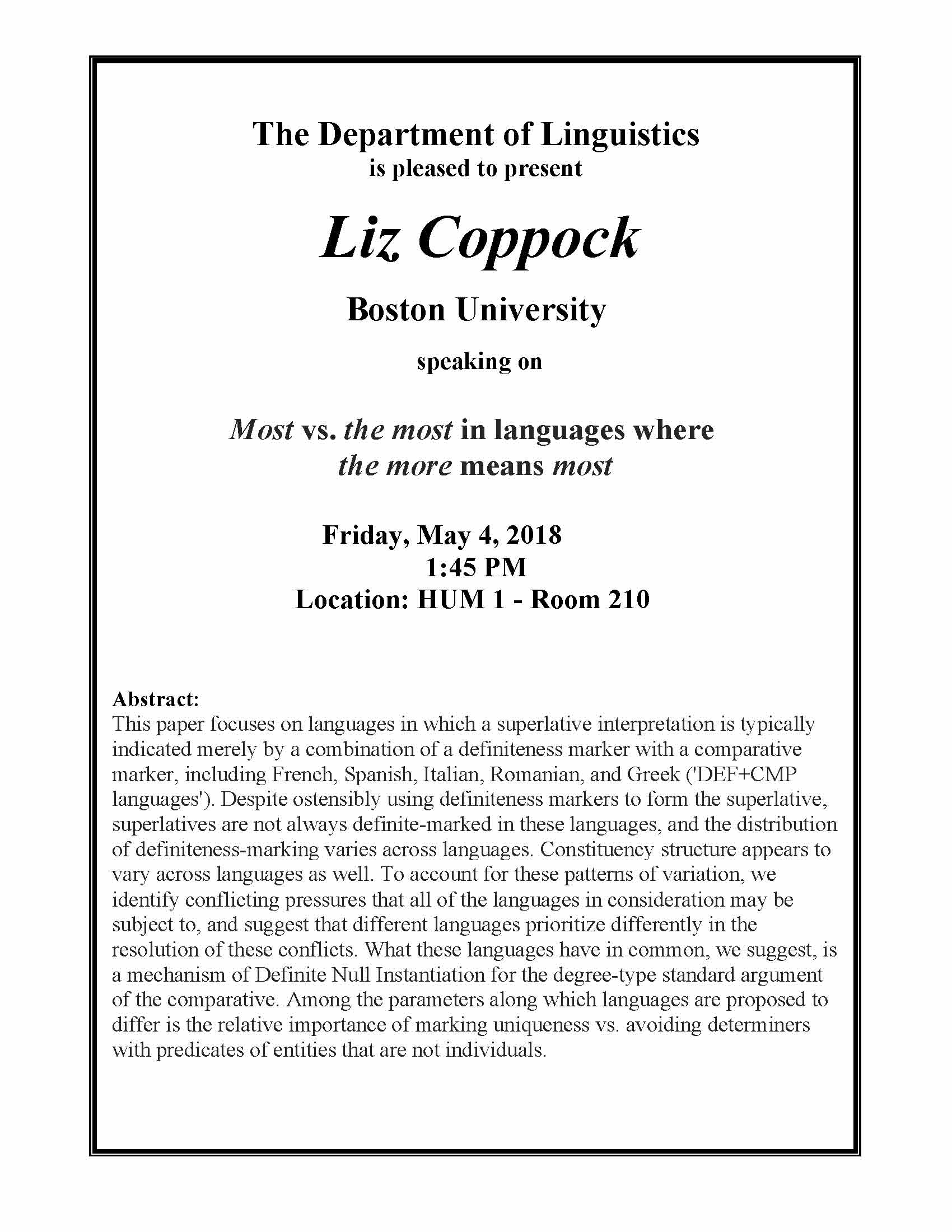 Liz Coppock is Assistant Professor of Linguistics at Boston University, specializing in semantics and pragmatics. Her research concerns the meanings of small words in various languages, the invisible forces that give complex expressions their meanings, and sometimes even the nature of meaning itself.

As Principal Investigator of the Swedish Research Council project Most and more: Quantity superlatives across languages, she maintains a part-time position as biträdande lektor at the University of Gothenburg, in the department of Philosophy, Linguistics, and Theory of Science, where she has worked since 2012.

This paper focuses on languages in which a superlative interpretation is typically indicated merely by a combination of a definiteness marker with a comparative marker, including French, Spanish, Italian, Romanian, and Greek (‘DEF+CMP languages). Despite ostensibly using definiteness markers to form the superlative, superlatives are not always definite-marking in these languages, and the distribution of definiteness-making varies across languages. Constituently structure appears to vary across languages as well. To account for these patterns of variation, we identify conflicting pressures that all of the languages in consideration may be subject to, and suggest that different languages prioritize differently in the resolution of these conflicts. What these languages have in common, we suggest, is a mechanism of Definite Null Instantiation for the degree-type standard argument of the comparative. Among the parameters along which languages are proposed to differ is the relative importance of marking uniqueness vs. avoiding determiners with predicates of entities that arrant individuals.