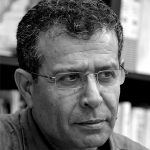 Nouri al-Jarrah is a Syrian poet and influential poetic voice on the Arab literary scene. He has lived in exile and been publishing his poetry for nearly 40 years. His poetry draws on diverse cultural sources, and is marked by a special focus on mythology, folk tales and legends. A Boat to Lesbos and Other Poems (Banipal Books, 2018), is Nouri Al-Jarrah’s first collection in English translation. This powerful epic poem was written while thousands of Syrian refugees were enduring frightening journeys across the Mediterranean before arriving on the small island, and set out like a Greek tragedy, also has editions in French, Italian, Turkish, Spanish, Persian, and forthcoming in Greek – a truly international response to the torment of the Syrian people during these last few years.

Camilo Gómez-Rivas and Allison Blecker are the translators of Nouri al-Jarrah’s A Boat to Lesbos and Other Poems (Banipal Books, 2018). Gómez-Rivas is an Associate Professor of Mediterranean Studies at the University of California, Santa Cruz. He specializes in the cultures, history, and literatures of the medieval and early modern western Mediterranean. His book, Law and the Islamization of Morocco under the Almoravids: the Fatwās of Ibn Rushd al-Jadd to the Far Maghrib, analyzes a group of legal consultative texts between Cordoba and the Far Maghrib (what is today Morocco) and argues that legal institutions developed in the latter in response to the social needs of growing urban spaces and the administrative needs of the first Berber-Islamic empire. He is currently working on a second book-length project on the social and cultural history of the reception of displaced populations in the medieval and early modern western Mediterranean: a history of the refugees of the “reconquista.” In addition to translating modern Arabic literature, he has also written on modern topics including legal reform in Morocco and Egypt. He received his PhD in Medieval Studies from Yale in 2009. After a two-year dissertation writing fellowship at Willamette University in, Salem, Oregon, he spent five years teaching in the Department of Arab and Islamic Civilizations at the American University in Cairo. 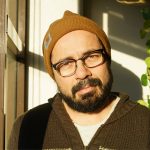 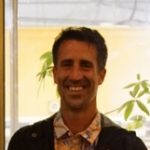 José Antonio Villarán is the translator of Omar Pimienta’s Album of Fences (Cardboard House Press, 2018). He has bilingual fluency (English and Spanish) as a writer, scholar, translator and instructor. He is the author of two books of poetry: la distancia es siempre la misma (2006) & el cerrajero (2012). He is the creator of the AMLT project (http://amlt-elcomienzo.blogspot.pe), an exploration of hypertext literature and collective authorship. His third book, titled open pit, is forthcoming from AUB in 2021. Areas of focus include: Creative Writing, Poetry/Poetics, Cross-Genre Literature, Literary Translation, US-Latinx Literature, Critical University Studies and Critical Race and Ethnic Studies. He holds an MFA in Writing from UCSD and a PhD in Literature with a Creative/Critical Writing Concentration from UCSC.