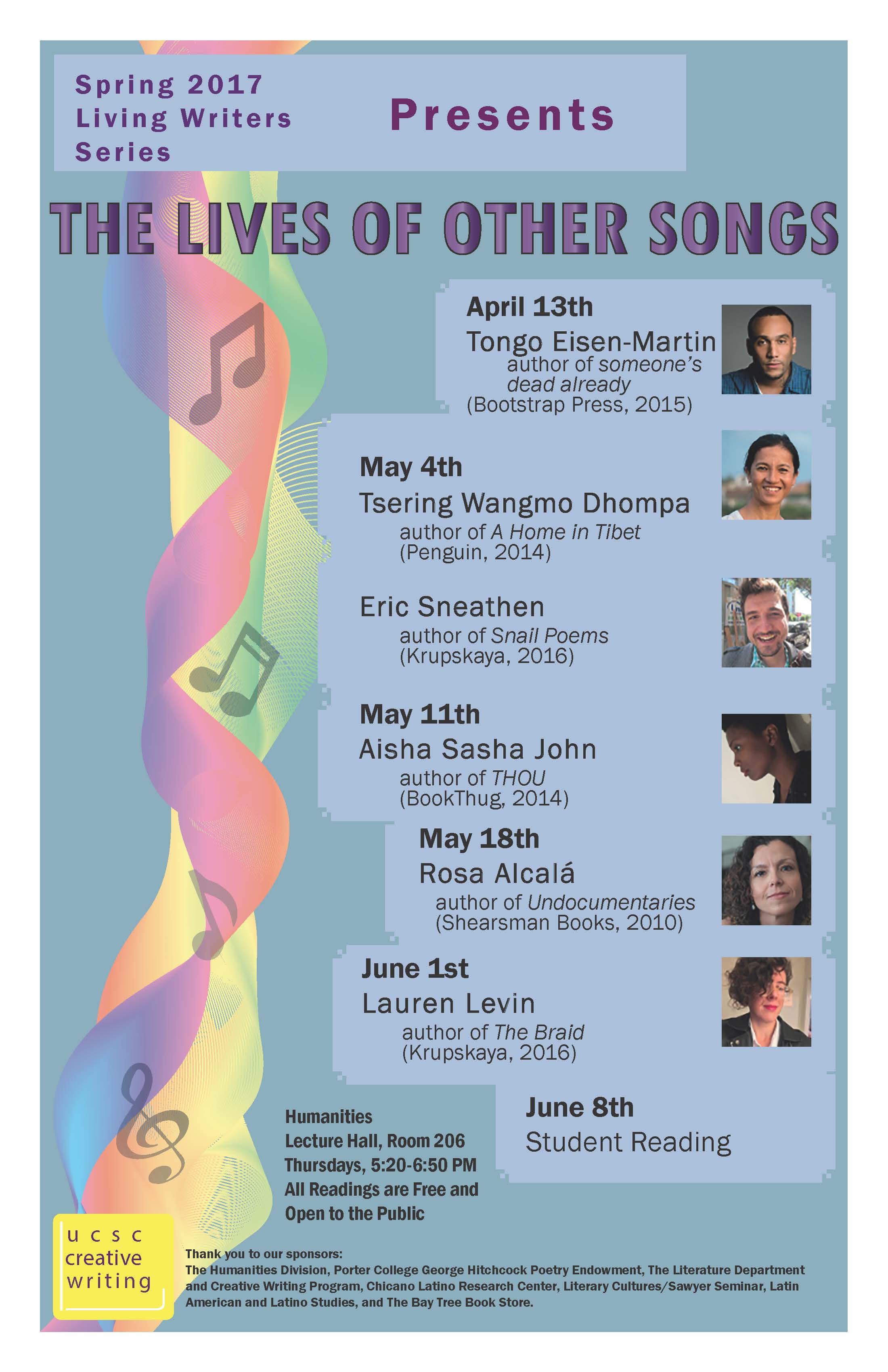 Poet Tsering Wangmo Dhompa’s parents fled Tibet in 1959. Raised by her mother in Tibetan communities in Dharamsala, India, and Kathmandu, Nepal, She is the author of the poetry chapbooks In Writing the Names (2000) and Recurring Gestures (2000). She has published the full-length collections Rules of the House (2002), In the Absent Everyday (2005), and My Rice tastes like the lake (2011), which was a finalist for the Northern California Independent Bookseller’s Book of the Year Award for 2012. Dhompa’s non-fiction book based on her life is called A Home in Tibet (Penguin India, 2013).

Eric Sneathen is a poet who whose writing has been published by Mondo Bummer, Elderly, and Faggot Journal. He is the editor and organizer of Macaroni Necklace, a Bay Area–based DIY literary journal and reading series. Snail Poems is his first book.