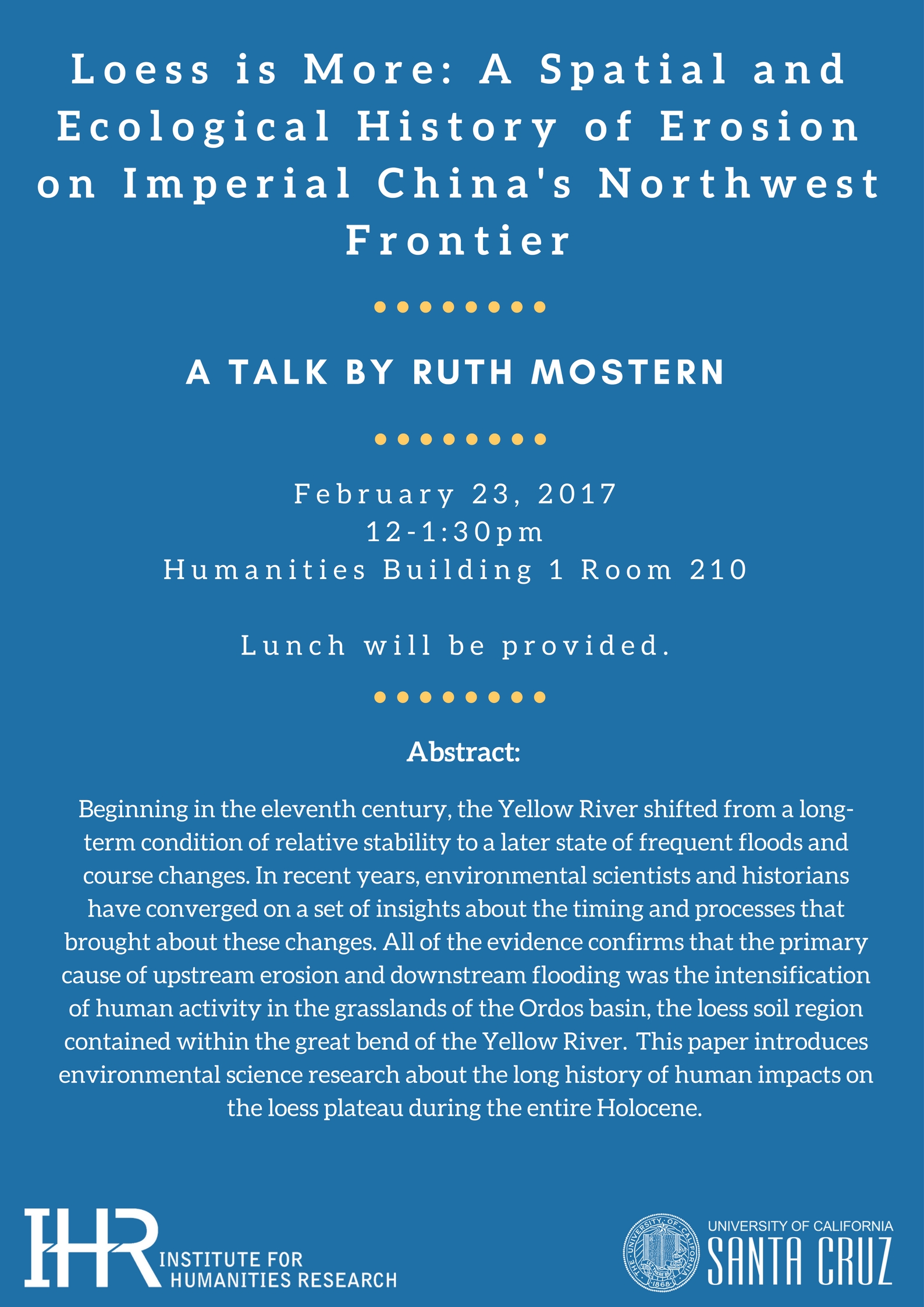 Loess is More: A Spatial and Ecological History of Erosion on Imperial China’s Northwest Frontier

Abstract: Beginning in the eleventh century, the Yellow River shifted from a long-term condition of relative stability to a later state of frequent floods and course changes. In recent years, environmental scientists and historians have converged on a set of insights about the timing and processes that brought about these changes. All of the evidence confirms that the primary cause of upstream erosion and downstream flooding was the intensification of human activity in the grasslands of the Ordos basin, the loess soil region contained within the great bend of the Yellow River. This paper introduces environmental science research about the long history of human impacts on the loess plateau during the entire Holocene. In addition it uses historical sources, spatial analysis and soil science to focus particular particular attention on the northern and western Ordos region during the eleventh century, explaining why these decades created a tipping point in social and ecological life in north China.

Lunch will be provided.