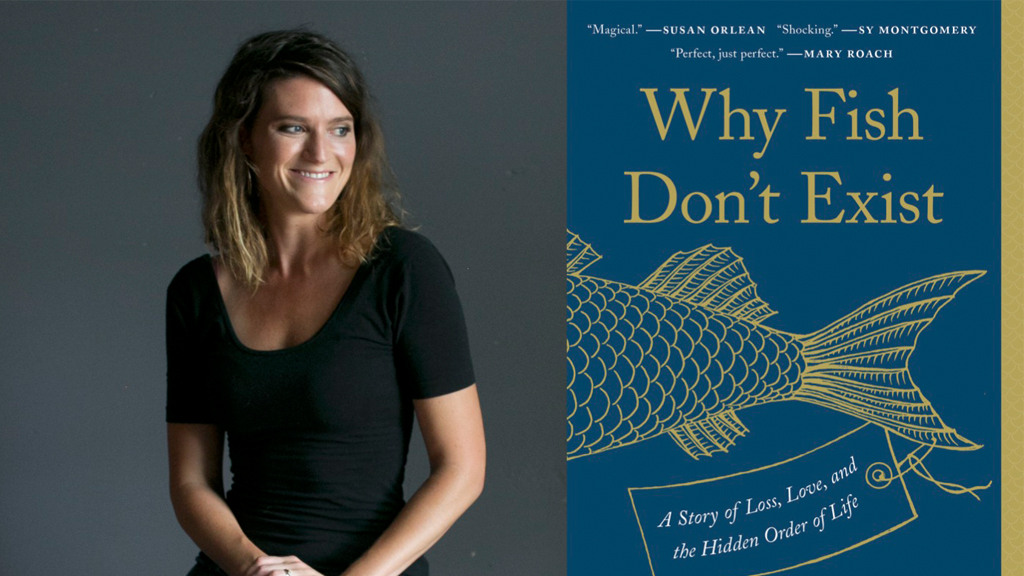 NPR science reporter Lulu Miller will discuss her fantastic nonfiction debut Why Fish Don’t Exist: A Story of Loss. Love, and the Hidden Order of Life (available in paperback on April 6th). This riveting book, begins with an account of biologist David Starr Jordan, and then goes down a rabbit hole of history, morality, and scientific adventure. Mary Roach calls it, “Perfect, just perfect,” and Sy Montgomery says, “This book will capture your heart, seize your imagination, smash your preconceptions, and rock your world.” This event is presented by Bookshop Santa Cruz, and cosponsored by The Humanities Institute at UC Santa Cruz.

This is a free event. The featured book may be purchased here.

Why Fish Don’t Exist tells the strange tale of 19th-century taxonomist David Starr Jordan, a man possessed with bringing order to the natural world. In time, he would be credited with discovering nearly a fifth of the fish known to humans in his day. But the more of the hidden blueprint of life he uncovered, the harder the universe seemed to try to thwart him. His specimen collections were demolished by lightening, by fire, and eventually by the 1906 San Francisco earthquake—which sent over a thousand of his discoveries, housed in fragile glass jars, plummeting to the floor. In an instant, his life’s work was shattered.

Miller digs into this obscure moment in science history to take us on a remarkable journey that explores some of the biggest questions of our lives: the nature of persistence, of life’s purpose, and how we strive to make sense of a chaotic world. Like Susan Orlean peeled back layers in The Orchid Thief, Miller takes us from the desecration of David Starr Jordan’s specimen collection to a possible murder, and from a colony of victims of eugenics to her own love life—interweaving biography, memoir, and the latest science, psychology, and philosophy to investigate what it takes to live a life of resilience.

Why Fish Don’t Exist is an astonishing and category-defying work, by turns harrowing and life-affirming. Part biography, part memoir, part scientific adventure, it’s a story for anyone who has ever found themselves lost amidst the chaos of life, and reminds us how we—like David Starr Jordan—can find the courage to stand up again in the wreckage.

Lulu Miller is the co-founder of the NPR program Invisibilia, a series about the unseen forces that control human behavior. Before creating Invisibilia, she produced Radiolab for five years and was a reporter on the NPR Science Desk. She received a MFA from the University of Virginia on a Poe-Faulkner Fellowship. She is currently the co-host of NPR’s Radiolab.