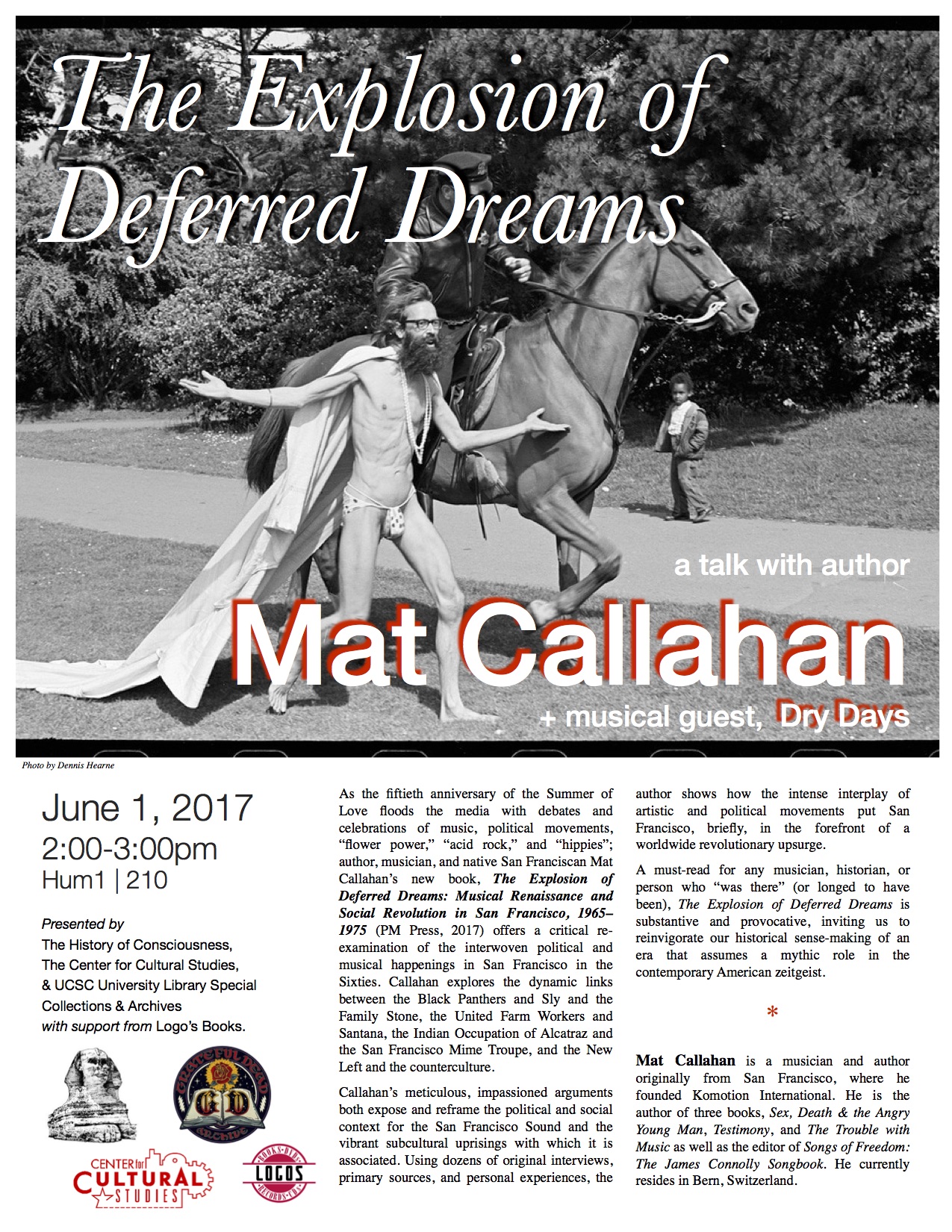 Presented by The History of Consciousness, The Center for Cultural Studies, & UCSC University Library Special Collections & Archives, with support from Logo’s Books.

As the fiftieth anniversary of the Summer of Love floods the media with debates and celebrations of music, political movements, “flower power,” “acid rock,” and “hippies”; author, musician, and native San Franciscan Mat Callahan’s new book, The Explosion of Deferred Dreams: Musical Renaissance and Social Revolution in San Francisco, 1965–1975 (PM Press, 2017) offers a critical re-examination of the interwoven political and musical happenings in San Francisco in the Sixties. Callahan explores the dynamic links between the Black Panthers and Sly and the Family Stone, the United Farm Workers and Santana, the Indian Occupation of Alcatraz and the San Francisco Mime Troupe, and the New Left and the counterculture.

Callahan’s meticulous, impassioned arguments both expose and reframe the political and social context for the San Francisco Sound and the vibrant subcultural uprisings with which it is associated. Using dozens of original interviews, primary sources, and personal experiences, the author shows how the intense interplay of artistic and political movements put San Francisco, briefly, in the forefront of a worldwide revolutionary upsurge.

A must-read for any musician, historian, or person who “was there” (or longed to have been), The Explosion of Deferred Dreams is substantive and provocative, inviting us to reinvigorate our historical sense-making of an era that assumes a mythic role in the contemporary American zeitgeist.

Mat Callahan is a musician and author originally from San Francisco, where he founded Komotion International. He is the author of three books, Sex, Death & the Angry Young Man, Testimony, and The Trouble with Music as well as the editor of Songs of Freedom: The James Connolly Songbook. He currently resides in Bern, Switzerland.