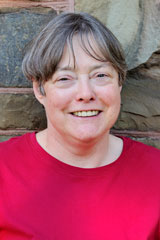 Nietzsche claims that in realating the “advent of nihilism,” he is relating “the history of the next two centuries.” He also claims that he himself has been a nihilist, but that he had now left it behind, “outside of [him]self.” In this paper, I offer an account of how Nietzsche understands nihilism and of how to understand his own (early and middle-period) work as nihilistic. I argue (against Bernard Reginster) that the nihilism of interest to Nietzsche is not, or at least not mainly, a philosophical position, but a cultural condition. The upshot of my account is two-fold: first, that it was only in overcoming the naturalistic orientation that it has become standard to attribute to him (and that I once attributed to him) that Nietzsche left nihilism behind, and, second, that our current cultural and political situation is well on its way to the kind of nihilism that Nietzsce was particularly concerned with.

Maudemarie Clark is a Professor of Philosophy at UC Riverside. She specializes in 19th Century German philosophy with a focus on the philosophy of Friedrich Nietzsche.

The Will to Power – first 20 pages