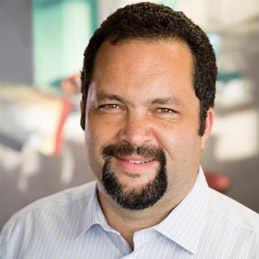 The event is free and open to the public.

Benjamin Todd Jealous is the former president and CEO of the NAACP. He recently joined the Silicon Valley venture capital firm Kapor Capital, where he plans to continue his goal of growing opportunities for minorities in the tech economy.

A Rhodes Scholar, Jealous was named by both Fortune and TIME magazines to their “Top 40 under 40” lists, and was named a Young Global Leader by the World Economic Forum.

The youngest president in NAACP history, he began his career at age 18 opening mail at the NAACP Legal Defense Fund. has been a leader of successful state and local movements to ban the death penalty, outlaw racial profiling, defend voting rights, secure marriage equality, and end mass incarceration.

Under his leadership, the NAACP grew to be the largest civil rights organization online and on mobile, and became the largest community-based nonpartisan voter registration operation in the country.

Prior to leading the NAACP, he spent 15 years as a journalist and community organizer.

Jealous currently teaches graduate courses on civil rights, social entrepreneurship, and leadership at Princeton University and is also a regular commentator on MSNBC.