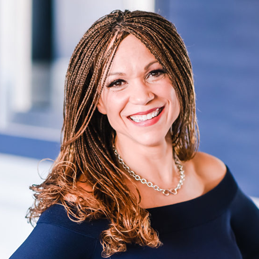 Professor Melissa Harris-Perry is the Maya Angelou Presidential Chair at Wake Forest University. There she is founding director of the Anna Julia Cooper Center and co-director of Wake the Vote.

Harris-Perry is editor-at-large of Elle.com and a contributing editor at The Nation. From 2012-2016 she hosted the television show “Melissa Harris-Perry” on weekend mornings on MSNBC and was awarded the Hillman Prize for broadcast journalism. She continues to create and direct programs with the goal of creating diverse, quality American media.

She is an award-winning author and sought after public speaker, lecturing widely throughout the United States and abroad.Together with her husband, James Perry, she is a principal of Perry Partnership, oﬀering both political and private consulting.

She and her family live in North Carolina.