Monolingualism can be cured! And what does this mean for bilingual speech? 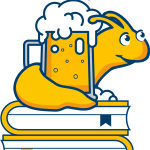 It is by no means a small feat that bilinguals can speak two or more languages. In addition to acquiring a variety of components of the linguistic system, they must have the ability to produce language-specific acoustic targets in their languages accurately and consistently, and importantly, they do it while inhibiting or deactivating the influence of their first or dominant language. In this talk, I will discuss and dispel several myths about bilingualism and bilingual speech, offer an overview of the potential cognitive benefits of being bilingual, and conclude by providing evidence of the resourcefulness of bilinguals and multilinguals to overcome cross-language influence in their speech demonstrating the flexibility of their sound systems.

Mark Amengual is an Associate Professor of Applied Linguistics and the director of the UCSC Bilingualism Research Laboratory in the Department of Languages and Applied Linguistics at the University of California, Santa Cruz. His research and teaching interests focus primarily on experimental phonetics, bilingualism, and psycholinguistics. He has been the principal investigator or collaborator in several research projects on Spanish–Catalan bilinguals, Spanish– Galician bilinguals, Spanish heritage speakers in the United States, English heritage speakers and British immigrants in Spain, and Spanish–Otomi (Hñäñho) bilingual speakers in Mexico. This work has been published in international venues, such as Journal of Phonetics, The Journal of the Acoustical Society of America, Phonetica, Bilingualism: Language and Cognition, International Journal of Bilingualism, Linguistic Approaches to Bilingualism, and Applied Psycholinguistics. He is also the editor of the forthcoming Cambridge Handbook of Bilingual Phonetics and Phonology.