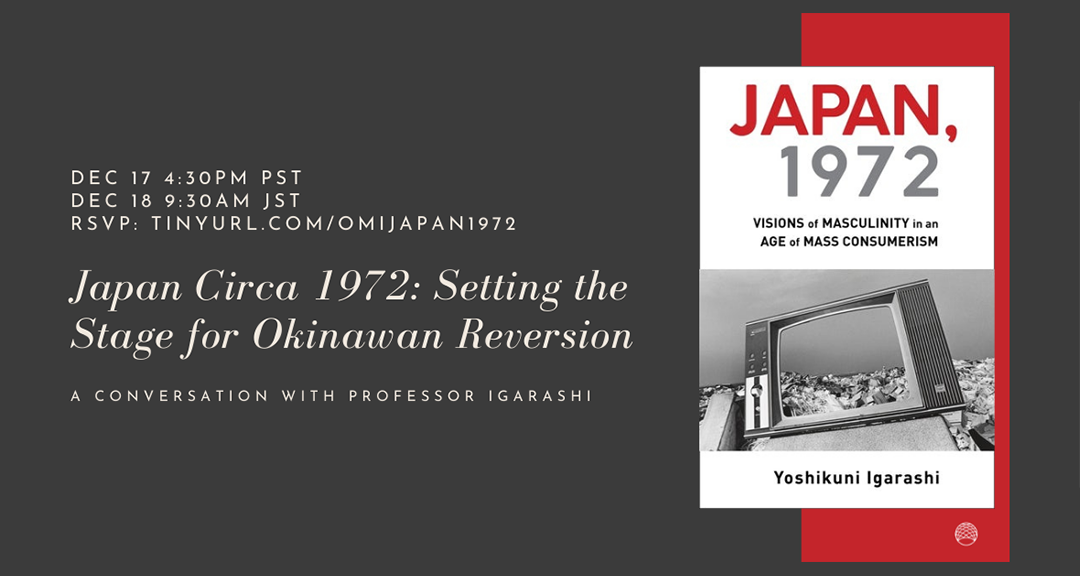 Japan Circa 1972: Setting The Stage For Reversion

Please join the conversation on Okinawa, Japan, and the media in the years leading up to reversion. Yoshikuni Igarashi will discuss the contents of his recent book, Japan, 1972: Visions of Masculinity in an Age of Mass Consumerism in conversation with Drew Richardson (PhD. UCSC), and set the stage for a series of OMI events on the 50th anniversary of Okinawan Reversion.

Yoshikuni Igarashi is Professor of History at Vanderbilt University. He is the author of Bodies of Memory: Narratives of War in Postwar Japanese Culture, 1945-1970 (2000) and Homecomings: The Belated Return of Japan’s Lost Soldiers (Columbia, 2016), and recently Japan, 1972: Visions of Masculinity in an Age of Mass Consumerism.

This event is made possible by the Gilbert and Margaret Nee Fund in Asian Studies.