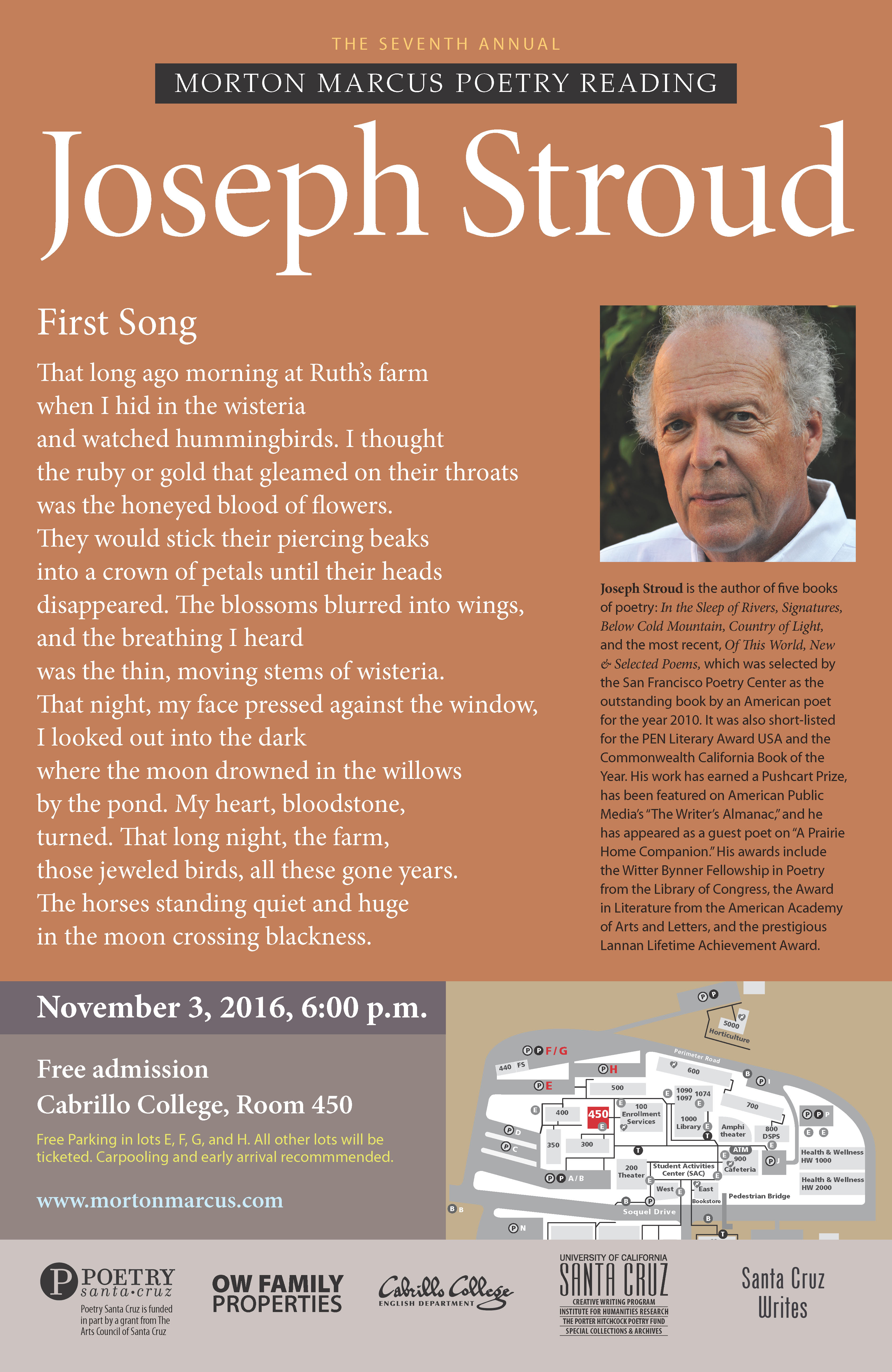 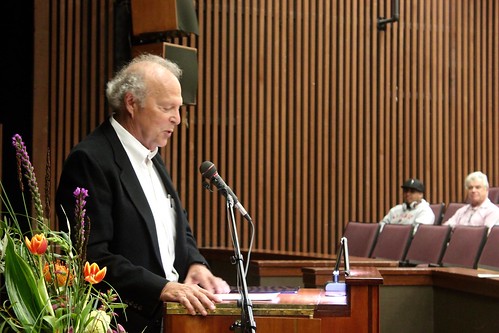 That long ago morning at Ruth’s farm when I hid in the wisteria and watched hummingbirds. I thought the ruby or gold that gleamed on their throats was the honeyed blood of flowers. They would stick their piercing beaks into a crown of petals until their heads disappeared. The blossoms blurred into wings, and the breathing I heard was the thin, moving stems of wisteria. That night, my face pressed against the window, I looked out into the dark where the moon drowned in the willows by the pond. My heart, bloodstone, turned. That long night, the farm, those jeweled birds, all these gone years. The horses standing quiet and huge in the moon crossing blackness.

Joseph Stroud is the author of five books of poetry: In the Sleep of Rivers, Signatures, Below Cold Mountain, Country of Light, and the most recent, Of This World, New & Selected Poems, which was selected by the San Francisco Poetry Center as the outstanding book by an American poet for the year 2010. It was also short-listed for the PEN Literary Award USA and the Commonwealth California Book of the Year. His work has earned a Pushcart Prize, has been featured on American Public Media’s “The Writer’s Almanac,” and he has appeared as a guest poet on “A Prairie Home Companion.” His awards include the Witter Bynner Fellowship in Poetry from the Library of Congress, the Award in Literature from the American Academy of Arts and Letters, and the prestigious Lannan Lifetime Achievement Award.

Free Parking in lots E, F, G, and H. All other lots will be
ticketed. Carpooling and early arrival recommmended.
www.mortonmarcus.com