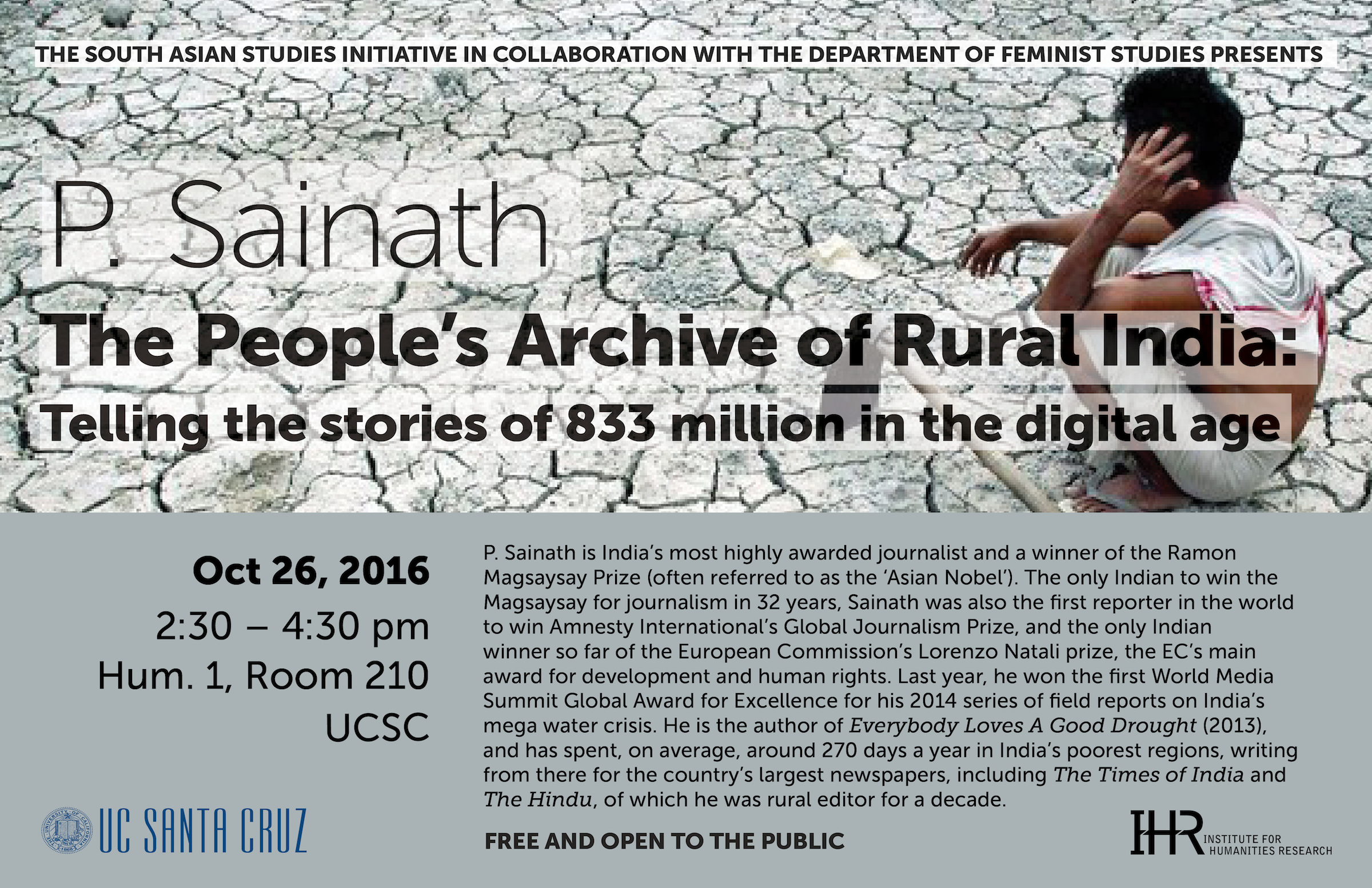 P. Sainath is India’s most highly awarded journalist and a winner of the Ramon Magsayay Prize (often referred to as the ‘Asian Nobel’). The only Indian to win the Magsayay for journalism in 32 years, Sainath was also the first reporter in the world to win Amnesty International’s Global Journalism Prize, and the only Indian winner so far of the European Commission’s Lorenzo Natali prize, the EC’s main award for development and human rights. Last year, he won the first World Media Summit Global Award for Excellence for his 2014 series of field reports on India’s mega water crisis. He is the author of Everybody Loves A Good Drought (2013), and has spent, on average, around 270 days a year in India’s poorest regions, writing from there for the country’s largest newspaper, including The Times of India and The Hindu, of which he was rural editor for a decade.