This talk examines the transcultural implications of Ueda Akinari’s (1734-1809) short story “The Chrysanthemum Pledge” (Kikka no chigiri), a masterpiece considered to have overshadowed the 17th-century Chinese tale of exemplary friendship on which it is closely modeled. Despite the Confucian tenor of both the Chinese and the Japanese versions, I argue that Akinari subtly but unmistakably undermines the moral rectitude of the protagonists recounted in his tale. By reading this and other examples of Akinari’s fiction in juxtaposition with the author’s extensive oeuvre of wagaku and other scholarship, we can more fully appreciate his nuanced position as both connoisseur and skeptic toward cultural products emanating from the Western Lands (which for him mostly meant China and India). 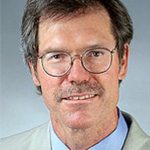 Stephen Roddy is a professor of Modern and Classical Languages, received his PhD in East Asian Studies from Princeton University, and specializes in the fiction and other prose genres of 18th and 19th century China and Japan. His current interests focus on the influences of Chinese fiction on late-Tokugawa writers, and of Meiji-period thinkers on essayists of the late-Qing. He teaches courses in Japanese and Chinese literature, culture, and language.