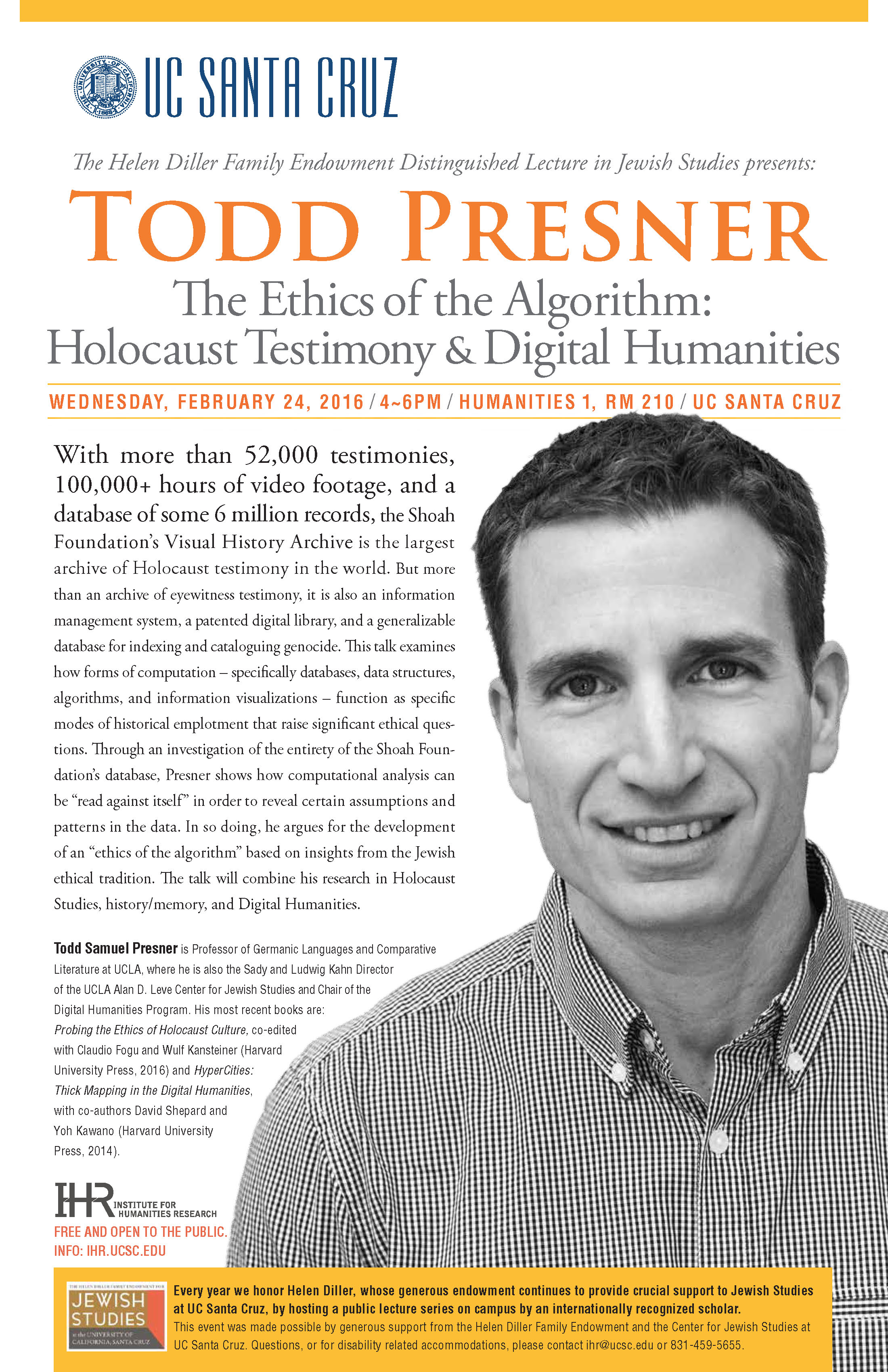 Todd Presner: “The Ethics of the Algorithm: Holocaust Testimony and Digital Humanities”

With more than 52,000 testimonies, 100,000+ hours of video footage, and a database of some 6 million records, the Shoah Foundation’s Visual History Archive is the largest archive of Holocaust testimony in the world. But more than an archive of eyewitness testimony, it is also an information management system, a patented digital library, and a generalizable database for indexing and cataloguing genocide. This talk examines how forms of computation – specifically databases, data structures, algorithms, and information visualizations – function as specific modes of historical emplotment that raise significant ethical questions. Through an investigation of the entirety of the Shoah Foundation’s database, Presner shows how computational analysis can be “read against itself” in order to reveal certain assumptions and patterns in the data. In so doing, he argues for the development of an “ethics of the algorithm” based on insights from the Jewish ethical tradition. The talk will combine his research in Holocaust Studies, history/memory, and Digital Humanities.

Todd Samuel Presner is Professor of Germanic Languages and Comparative Literature at UCLA, where he is also the Sady and Ludwig Kahn Director of the UCLA Alan D. Leve Center for Jewish Studies and Chair of the Digital Humanities Program. His most recent books are: Probing the Ethics of Holocaust Culture, co-edited with Claudio Fogu and Wulf Kansteiner (Harvard University Press, 2016) and HyperCities: Thick Mapping in the Digital Humanities, with co-authors David Shepard and Yoh Kawano (Harvard University Press, 2014).
Every year we honor Helen Diller, whose generous endowment continues to provide crucial support to Jewish Studies at UC Santa Cruz, by hosting a public lecture series on campus by an internationally recognized scholar. This event was made possible by generous support from the Helen Diller Family Endowment and the Center for Jewish Studies at UC Santa Cruz. 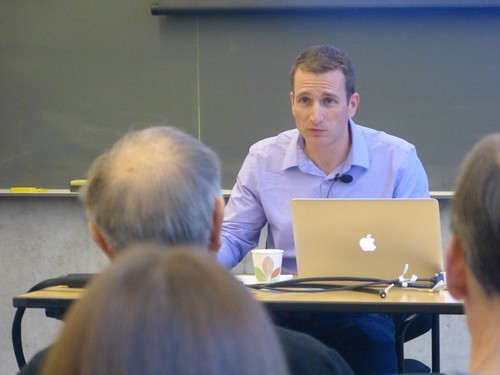