University Forum: Beyond the Middle Passage: Slave Trading within the Americas, 1619-1807 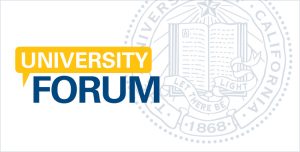 During the American slave trade, more than 12 million enslaved African people endured the infamous Middle Passage across the Atlantic. For many, the forced migration didn’t end when they reached an American port. Demand for enslaved labor was so rampant in the Americas that speculators purchased many arriving people only to ship them from colony to colony for resale. This phase of the slave trade within the Americas not only added to enslaved people’s traumatic journeys, it also reveals the centrality of slavery to early American life. Black History Month, celebrated each year during February, is a chance for Americans to learn details of their nation’s history that are far too often neglected and pushed to the wayside. This month’s University Forum is a difficult, yet crucial, conversation about the spread of the slave trade within the Americas and how slavery became an American institution. Join this University Forum with Professor Greg O’Malley, moderated by Professor Vilashini Cooppan, and followed by a question and answer period led by Professor Gina Dent and Professor Cooppan.