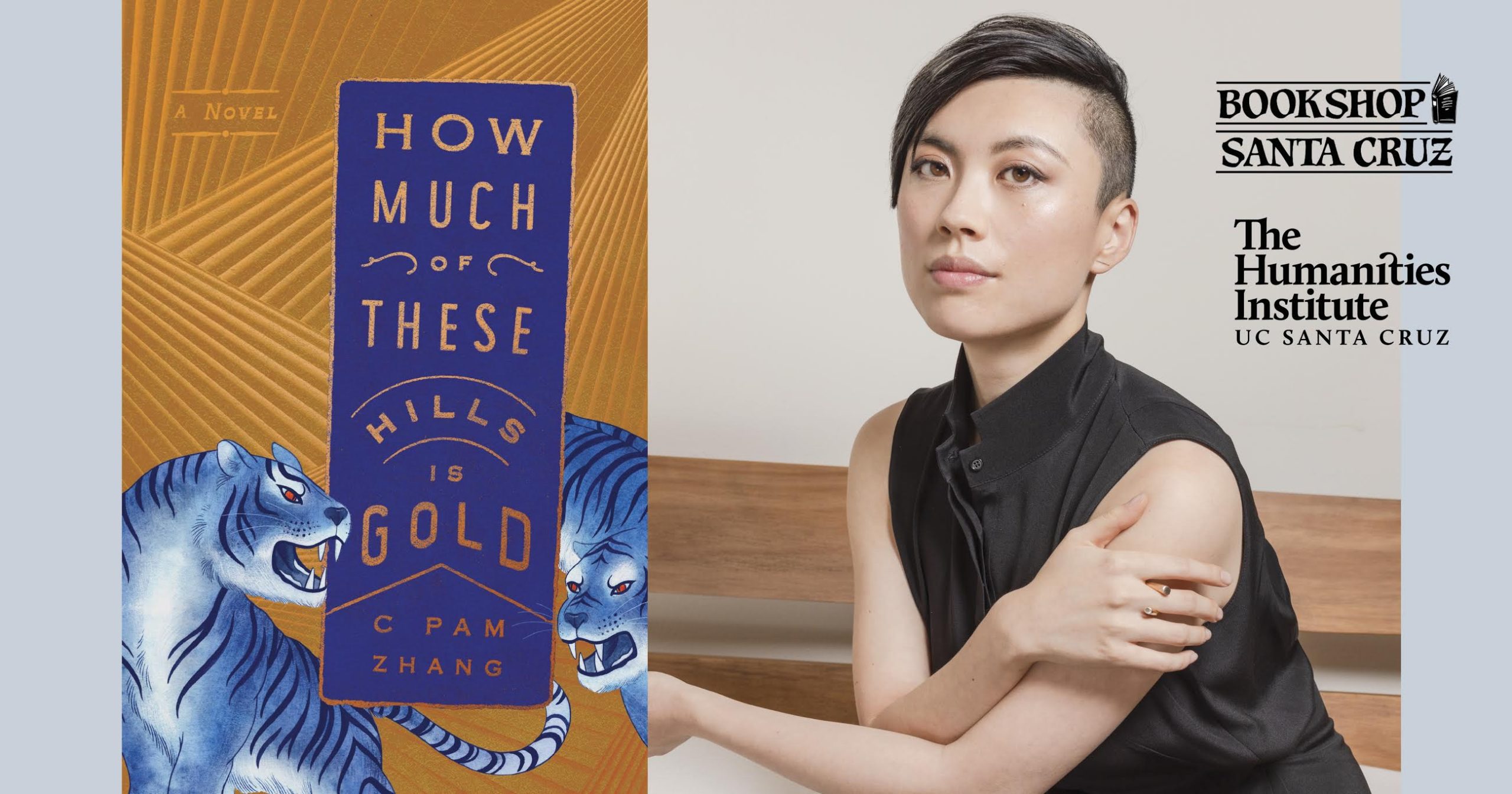 VIRTUAL EVENT: C Pam Zhang, How Much of These Hills is Gold

Bookshop Santa Cruz welcomes debut novelist C Pam Zhang for an online event about her new book, How Much of These Hills Is Gold. Zhang will be in conversation with fellow debut novelist Kawai Strong Washburn (Sharks in the Time of Saviors). In Zhang’s electric debut novel set against the twilight of the American gold rush, two siblings are on the run in an unforgiving landscape—trying not just to survive but to find a home.

Born in Beijing but mostly an artifact of the United States, C Pam Zhang has lived in thirteen cities across four countries and is still looking for home. She’s been awarded support from Tin House, Bread Loaf, Aspen Words and elsewhere, and currently lives in San Francisco.

Kawai Strong Washburn was born and raised on the Hamakua coast of the Big Island of Hawai‘i. His work has appeared in Best American Nonrequired Reading, McSweeney’s, and Electric Literature’s Recommended Reading, among other outlets. He was a 2015 Tin House Summer Scholar and 2015 Bread Loaf work-study scholar. Today, he lives with his wife and daughters in Minneapolis. Sharks in the Time of Saviors is his first novel.