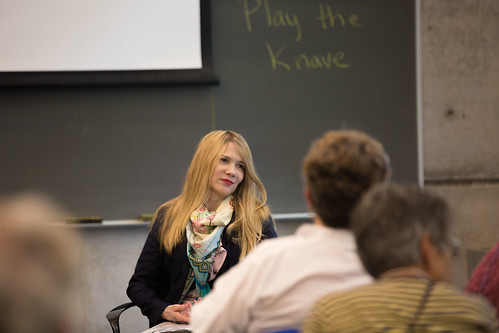 Join Shakespeare scholars and artists for two days of lectures, discussions, and demonstrations about the 2019 Season’s main stage productions, Winter’s Tale and Comedy of Errors.

Weekend with Shakespeare is sponsored in partnership with Santa Cruz Shakespeare.

Lecture Series on Shakespeare’s The Comedy of Errors: Sunday, August 18 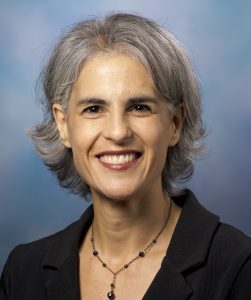 Gina Bloom is Professor of English at the University of California, Davis. Her research and teaching focus on Shakespeare, gender, theater history and performance, digital arts/humanities, and education. In addition to numerous articles, she has published two books. Voice in Motion: Staging Gender, Shaping Sound in Early Modern England (University of Pennsylvania Press, 2007) won the award for best book of the year from The Society for the Study of Early Modern Women. Gaming the Stage: Playable Media and the Rise of English Commercial Theater (University of Michigan Press, 2018) was named Runner Up for Outstanding Book Award from the Association for Theatre in Higher Education (ATHE) and is available open access. With colleagues in the ModLab at UC Davis, Bloom created the mixed reality Shakespeare game Play the Knave, which has been exhibited in theaters, cultural institutions, libraries and classrooms around the world. Bloom serves on the Executive Committeefor the Shakespeare Forum of the Modern Language Association and has just completed a term as a Trustee for the Shakespeare Association if America. 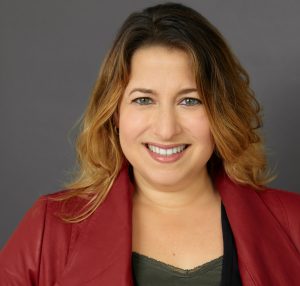 Ariane Helou teaches in the Department of French & Francophone Studies at UCLA. Her research focuses on drama, music, and poetry in early modern Italy, England, and France. She has held fellowships from the Mellon Foundation and the American Council of Learned Societies; the Huntington Library; UCLA’s William Andrews Clark Memorial Library and Center for 17th- and 18th-Century Studies, among others. Ariane is the co-editor (with Julia R. Lupton) of Romeo and Juliet in Diaspora: Shakespeare Among the Arts and in Translation, forthcoming from The Arden Shakespeare. In addition to publishing scholarship on Shakespeare studies and early modern Italian drama, Ariane is also a translator; a dramaturg; and a performing artist whose background spans early music, theater, and opera. Ariane has been a company member of the Santa Cruz Shakespeare festival since 2012 and is a dramaturg and producing partner of the Los Angeles-based theater company Collaborative Artists Bloc.